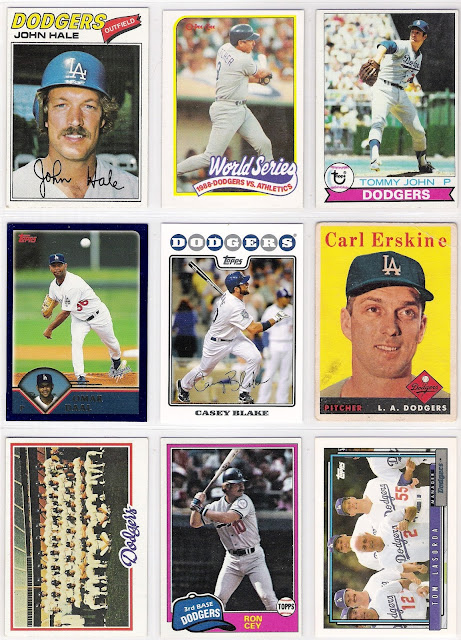 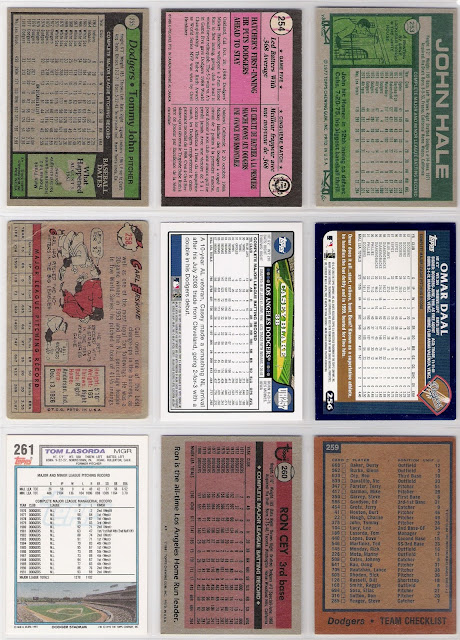 there are a few cards that could hold this distinction, but the 1992 lasorda was a bit more of a sure thing for this set than any of them. 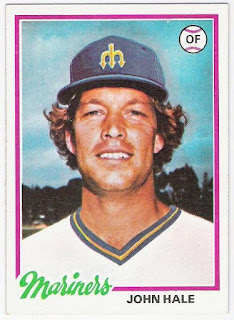 the stats on the back told me they were the same person, but i was thrown by the mustache.  i also believed that the curl in superman's hair was enough of a disguise to convince people that he wasn't clark kent.

1989 o-pee-chee, which brings us the only non-topps card of the page, was a godsend for dodger fans who were ticked off at not having any postseason cards in the 1982 sets, and were worried that 1989 would go by without recognizing the impossible that happened in october of 1988.  fleer and o-pee-chee came through for us, and so mickey hatcher's heroics live on in cardboard form.

i knew of casey blake from his two stints with the twins in the early 2000's, but sort of stopped paying attention once the twins fully committed to corey koskie at third and released blake.  he wound up playing for the indians for a few seasons before ned colletti sent carlos santana and jon meloan to cleveland for blake during the 2008 season. clearly not the biggest acquisition that season (hello, manny ramirez), but blake held down the hot corner for the two nlcs runs the dodgers made in that season and the next.

i thought about sending this extra 1958 carl erskine card off to oisk to be signed, but i am glad i did not so it can sit here in the frankenset. on april 18, 1958 erskine started and won the first ever regular season game that the dodgers played in los angeles so it's good to have his card from that year here to represent.

i have said many times over the course of my blogging that the 1978 topps set was the first set that i actively bought packs of, the first set that i collected and completed, and the set that i hold most dear.  the 1978 topps dodgers were the focus of many a post at garvey cey russell lopes. when i first found this checklist card in a pack, i had probably a third of the individual player cards, and i spent a lot of time looking at the players in the team photo figuring out who was who and why not everyone on the front was listed on the back.  one of my favorite cards, to be sure.

just like erskine's 1958 card being historically significant, any 1981 ron cey card immediately brings to my mind the 1981 world series and cey's game 3 heroics - his first inning home run and his eighth inning diving catch of bobby murcer's bunt attempt - that led to his winning a third of the world series mvp award. great memories for me.

finally, we have tommy lasorda's fantastic 1992 topps card.  lasorda is shown with gary carter, kevin gross, john candelaria, orel hershiser, and bobby ojeda out for a spring training jog.  little did tommy know that he was in for a historically bad season that year.  bonus for the larger photo of dodger stadium on the back, too!

at number 253, but i sent all of my dupes of that card to a certain lawyer in new mexico.  other cards that fell short of the frankenset include tom lasorda's 1989 topps card at number 254, dusty baker's 1980 topps card 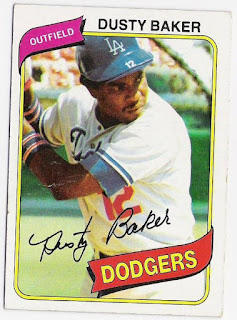 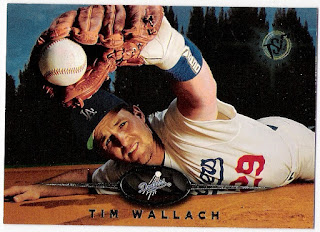 as happy as i was to find out that o-pee-chee made cards for the 1988 world series, the 1978 topps dodger team card is too near and dear to my heart to not be my favorite card on the page.

before justin turner came along, casey blake's beard was the best known dodger facial hair. mike over at the left field pavilion had some "in beard we trust" shirts made up that caught on a bit.  today, no one would even look twice at blake's beard as brian wilson begat sean doolittle, etc.
Posted by gcrl at 9:55 AM