i have updated this page since the original post ran. 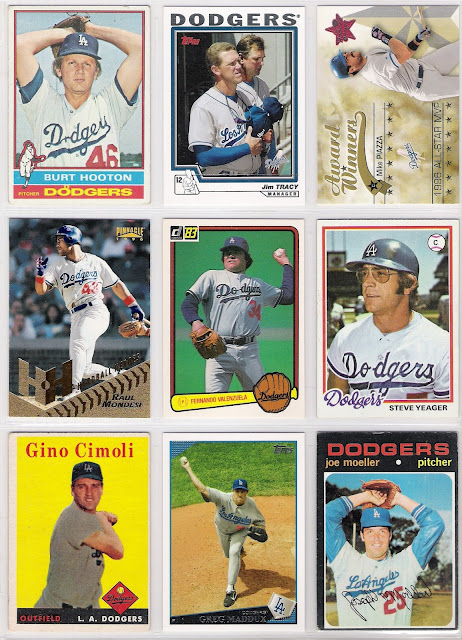 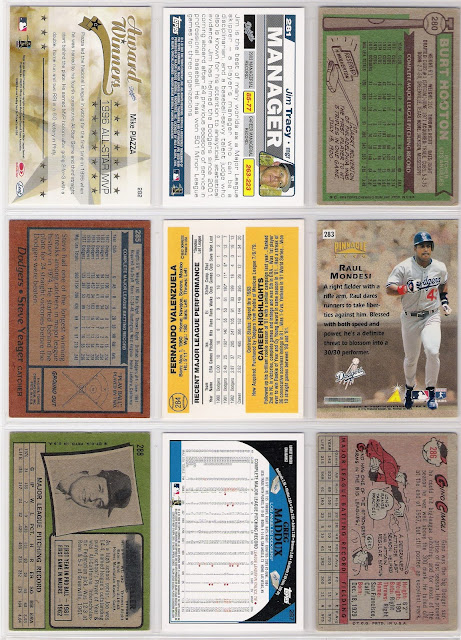 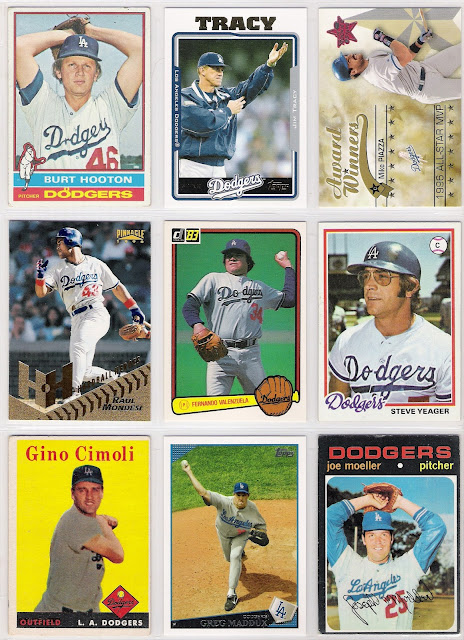 i needed to get at least one jim tracy card in the set, but the no brainer here is greg maddux's 2009 topps card - it's his final tribute, after all.

burt "happy" hooton's first topps card as a dodger gives some insight into how he got his nickname.  hey, throwing that knuckle-curve required serious thought!  both jim tracy's 2004 and 2005 topps cards are numbered 281, and i originally went with his 2005 "opera man" card instead of the 2004  one with glenn hoffman standing next to him.  this was a mistake since i didn't include any other card of hoffman in the set and i wanted to include every dodger manager from alston on (at least). not that hoffman gets credit for being in the set, but at least i know he's there behind tracy on this card.

next up are three cards featuring dodger rookies of the year - 1993 roy mike piazza on a 2002 leaf rookies & stars award winners subset card (this card recognizes the strongest man in socal for winning the 1996 all-star game mvp award), 1994 nl roy raul mondesi on a 1996 pinnacle hardball heroes subset card that teases us with 30/30 talk on the back (mondy did go 30/30 in both 1997 and 1999 - the first dodger to do so), and 1981 nl roy fernando valenzuela on his 1983 donruss card.  looks like fernando is standing in front of the giant (world's largest, actually) green screen that exists at universal studious hollywood.

as much as i've stared at steve yeager's 1978 topps card over the years, i've never been able to figure out who it is standing behind him.  i think this was the first topps card that showed yeager in his awesome 1970's sunglasses.  bonus.

the bat has gone missing on gino cimoli's 1958 topps card, thanks to the cutting process used to get the photos on to the color block background.  at least that's my assumption.  it would be a weird pose to strike without a bat in hand.

the 2009 topps maddux card is marred a bit by the photoshopping, but it's still a nice card with a photo angle that isn't used too much. i like seeing all the red text on the back for his league leading stats, and i am happy that i made it out to the metrodome to see him pitch in 2002, even if he didn't have his best stuff that night.  it turned out to be the longest game i've ever attended - 15 innings.

just as gino cimoli's bat was missing on his card on this sheet, the ball is missing from joe moeller's hand on his 1971 topps card.  of course, the ball is just be a prop with this overused pose.  it's too bad that the photographers didn't seem to want to hang out and actually watch/photograph spring training games. 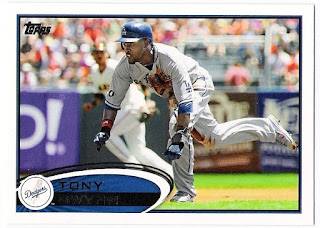 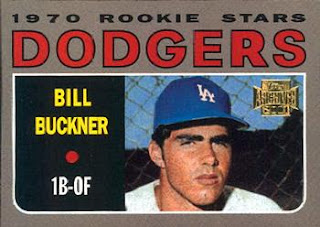 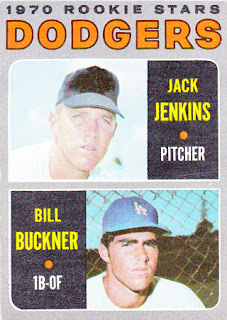 the 1978 topps steve yeager card takes the title for this page. i remember hoping to pull one of these from a pack for my team set during a 7-11 run in the summer of 1978, and was not disappointed.  good times.

baseball is a funny game.  raul mondesi played in over 1,500 regular season games in his career.  he also appeared in two postseasons with the dodgers - 1995 and 1996 - and one with the yankees - 2002.  in each of those appearances, his teams failed to make it out of the division series.  his son, also named raul mondesi, made his major league debut in last year's world series, and he still hasn't played in a regular season game.
Posted by gcrl at 9:55 AM