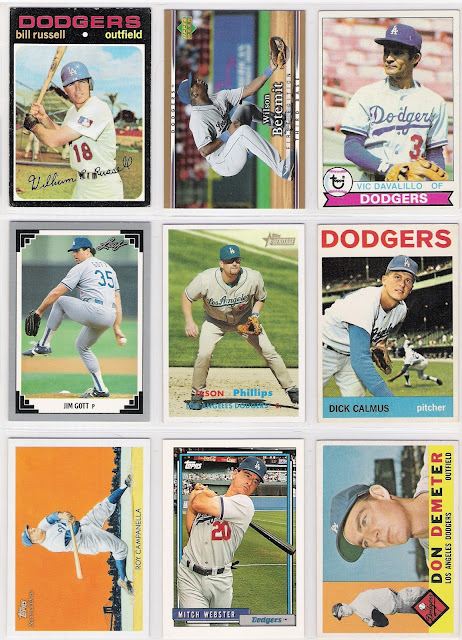 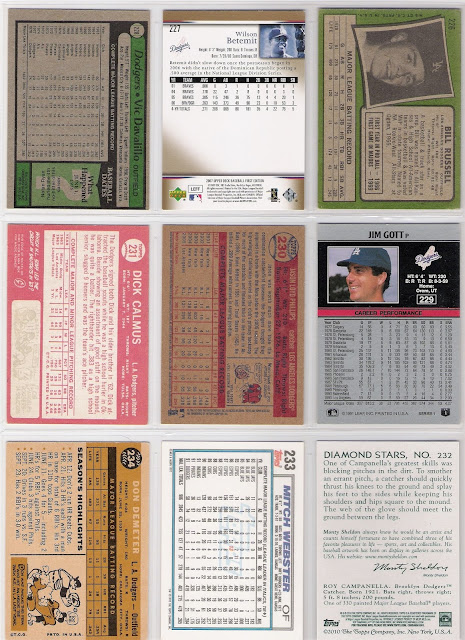 once i knew which cards were available to me for this sheet, bill russell's second year card was a lock for the first spot.

now bill russell is on a streak of consecutive sheets.  this page features his second year card with a photo from spring training in 1969.  we know this by the colorful holman stadium seats and the mlb anniversary patch on his sleeve, although it is conceivable that the photo is from 1970 if the dodgers re-used their uniforms during spring training as they did in back in 1938.  wilson betemit makes his frankenset debut with his 2007 first edition card. betemit spent about a year with the dodgers, coming at the trade deadline in 2006 and leaving at the trade deadline in 2008.

vic davalillo was plucked by the dodgers from the mexican league in 1977 after a two-year absence from the majors.  he paid dividends as a pinch-hitter with a two-out bunt to start the game winning rally in the 9th inning of game 3 of the 1977 nlcs against the phillies.  his 1979 card is his last card from topps, even though he played for the dodgers into the 1980 season.

jason phillips was one of jim tracy's legion of ja(y)sons - phillips, werth, grabowski, and repko - that received a fair amount of playing time in their 91 loss 2005 season.  phillips was with the blue jays and tracy was out of a job by the time his 2006 heritage card was issued.  i still do not know what is going on in the background of dick calmus's 1964 topps card, but i am obligated to tell you, in light of recent events, that calmus was younger than julio urias when he started a game for the dodgers in 1963.

horizontal campanella from the 2010 national chicle set is a nice card with the brooklyn bridge in the background.  the card almost makes me forget that we have seen that campy swing image on so many cards from topps.  mitch webster is wearing don sutton's jersey on his 1992 topps card, which is not a bad card, nor is it a bad thing that the dodgers were allowing others to wear sutton's number up until his election to the hall of fame. what doesn't make sense (to me) is jason grabowski wearing steve garvey's number (no offense meant, jason) or no one wearing fernando's number 34, but not officially retiring it.

finally, we have don demeter for whom topps finally used a new photo instead of recycling the one they used in 1958 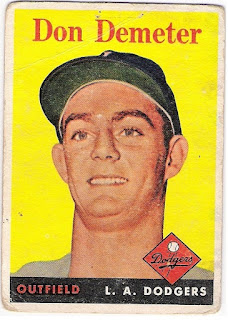 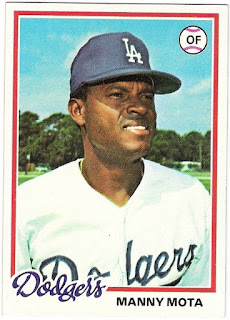 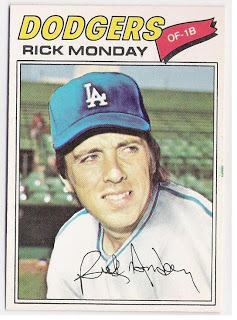 at number 230, 1981 topps joe beckwith at number 231, 1989 topps ricky horton featuring a similar, but better shot than ramon martinez's card that was on yesterday's sheet 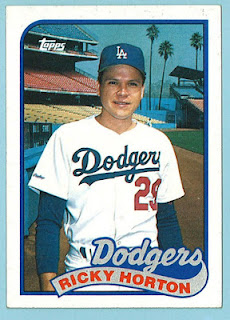 today it's between russell and campanella.  i'll go with campy today because i feel a bit more artsy. had the rick monday opc card made the sheet (meaning, if i had a third copy of it), it would have been my favorite in a runaway.

i think topps whiffed on 2006 heritage. the colors seem to be too washed out compared to many from the original 1957 set.  they did pretty well with 2009 heritage, as the cards look a lot like the demeter above.  it's too bad that they used so many pictures from holman stadium for the dodgers, though.
Posted by gcrl at 9:55 AM