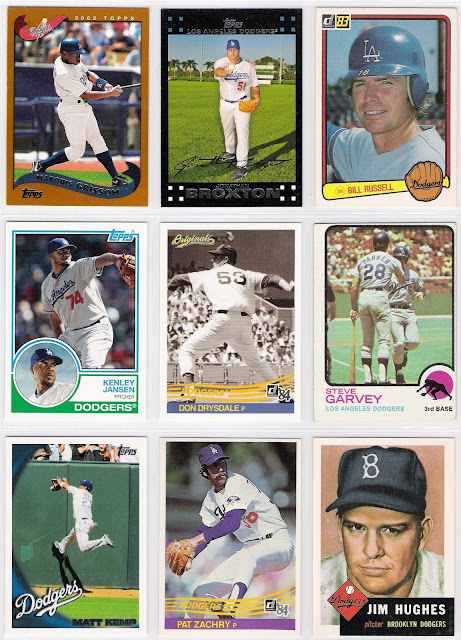 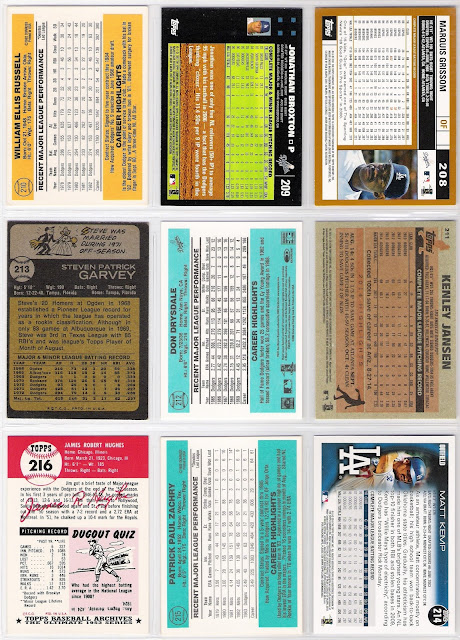 as much as i like the 2010 topps kemp card, i knew from the get-go that the drysdale card was going to be in this set.

another day, another garvey card. and, a second straight day seeing matt kemp, too.  plus, only two card manufacturers represented.  i haven't really been tracking that, but i'm pretty sure that we haven't had a sheet yet that consists of only one manufacturer.  anyway, marquis grissom leads off the sheet with 2002 topps and those gold borders. i doubt we will see gold borders on a base set ever again thanks to the rise of the gold parallel - even though topps made gold parallels of these gold bordered base cards.  black borders are always an option, and topps went back to them in 2007 as seen on the broxton card. that was the year i returned to my set making ways (i had been buying factory sets plus two boxes of flagship from 1994 until then), but then topps issued a factory set with five new dodger cards and i bought a factory set after all.

bill russell's 1983 donruss card is not my favorite russell card from that year (the fleer card is also in this set - on the next sheet, in fact), and it's too bad his 1983 topps card isn't number 210 because then it would precede kenley jansen's 2015 archives card that uses the 1983 topps design.  that's ok, because we have two cards with the 1984 donruss design on the sheet, starting with don drysdale's 2002 donruss originals card. beginning with some of the sets of the late 90's (fleer si greats, upper deck century legends), i was all-in for sets that featured former players.  especially sets like topps archives and all-time fan favorites and donruss originals that used older card designs for those players.  however, my favorite part of the originals release was the "what if?" cards that showed players on donruss designs that might have existed if they were making cards from 1978 to 1980.  unfortunately for me, only duke snider was included among those cards, and that was only thanks to his 1980 hall of fame induction.  no garvey for me!

garvey does show up (on the fourth sheet in a row) with his 1973 topps card.  i've written about this card before - how, with wes parker showing up, it is a 'passing the torch' kind of card like the tony perez/eric davis card from 1986 topps.  kemp's 2010 topps card is reminiscent of ken griffey jr's great 1994 upper deck card, 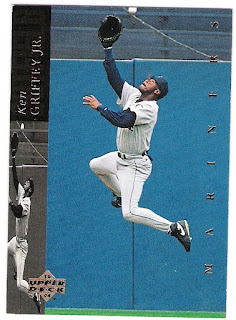 although the card design kind of takes away (just a little bit) from the greatness of the kemp card.

pat zachry fills the frame of his 1984 donruss card (notice there's a bit more purple in the dodger design than donruss used in 2002), and he's got the 25th los angeles dodger anniversary patch well displayed. finishing off the sheet is a card featuring a player (jim hughes) from when the dodgers were still in brooklyn, and thanks to the 1991 topps archives set we get to see the 1953 topps design in the frankenset. 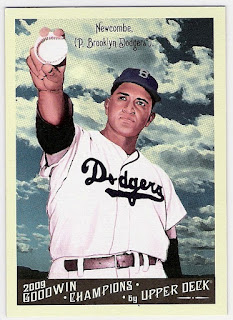 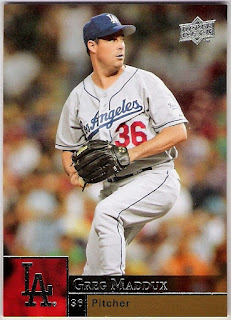 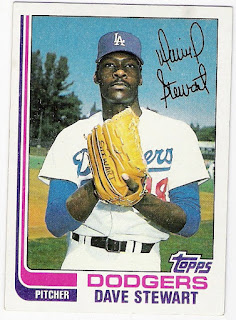 it's no griffey, but i do like that kemp card.