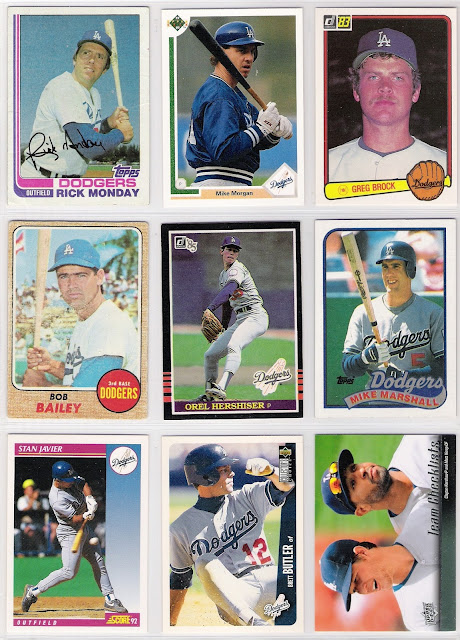 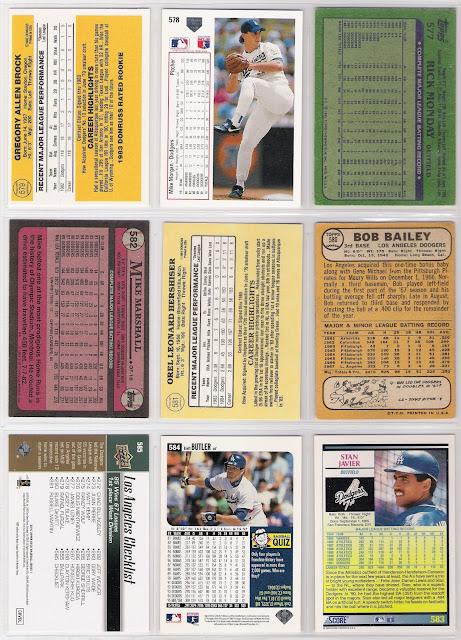 that would be the hershiser card.

i remember opening packs of topps cards in 1982 hoping for a rick monday card highlighting his nlcs home run.  i was disappointed as this was the only card topps made of monday that year.  for whatever reason, topps took 1979 and 1980 off when it came to postseason cards, brought them back in 1981, and then dropped them from the checklist until, what - 1997?  i made my own 1982 topps nlcs monday card (two of them, actually), 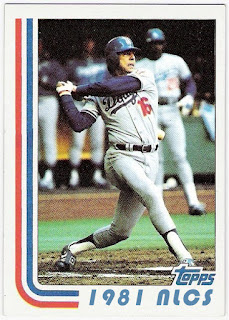 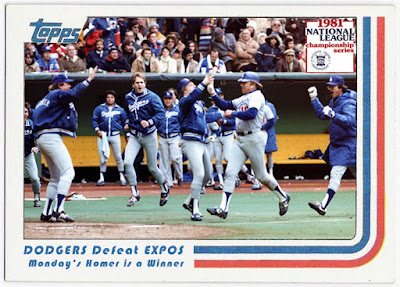 along with other cards for the 1981 world series.

upper deck showed mike morgan on the basepaths in 1992, and the year prior, they had him ready for some bp.  he seems to be an odd choice for these sorts of cards as he hit .098 as a dodger, but they are better than another generic pitching motion card.  i do, however, appreciate the generic pitching motion photo on the back as it also includes part of the old field level scoreboard from dodger stadium.

one of the best things about the 1984 donruss set (my favorite donruss set, by the way) was the introduction of rated rookies. sid fernandez was a dodger in that set, and was included in the rated rookie subset that immediately followed the diamond kings subset at the beginning of the set, complete with the special banner on the front of the card.  however, donruss introduced the rated rookie concept in 1983, with greg brock being a part of those players chosen.  however, donruss decided to make the rated rookie designation known only on the back of the cards, so it didn't really capture the same level of interest.  still, brock is the dodgers' first rated rookie.

i like bob bailey's 1968 topps card a lot.  it has to do with the colors and the composition of the card (and the fact that bailey, who was acquired by the dodgers prior to the 1967 season in the maury wills deal, is not hatless). the burlap design works well with the dodger blue, the blue sky, the red circle, and the pop of red and white from the florida state flag in the upper left corner. throw in some green from the palm tree, and you've got a winner of a card.  i am curious to see how 2017 heritage plays out.

we already saw the leaf version of orel hershiser's rookie card, and now here is the donruss issue.  i found a double of the topps rookie, and i may go back and put it in the set (sorry 1987 topps tom lasorda), but then again, i may not.

mike marshall's 1989 topps card reminds me that i had too high of expectations for him coming out of the minors. the stats on the back show that he never drove in over 100 runs or hit over .300 with the dodgers despite some massive numbers in the pcl.

stan javier, seen here on his 1992 score card, was the guy the dodgers got from the a's in exchange for willie randolph back in 1990. he stayed with the club into their terrible 1992 season until he was traded to the phillies.

speaking of being traded, brett butler was dealt back to the dodgers by the mets after spending just part of the 1995 season in queens. when he returned, however, his number 22 was being worn by chad fonville, so butler went with 12 as seen on his 1996 collector's choice card. at some point, fonville switched to 3, and butler took 22 back, but i don't know if the photo on the back of the card (with butler sporting the 22 turtleneck and helmet) are from before or after his stint with the ny metropolitans.

last card on the sheet is from upper deck's 2010 swan song, and it features the duo of clayton kershaw and matt kemp - with visible logos! it's another team checklist card in the vein of topps sets circa 1982-1984. 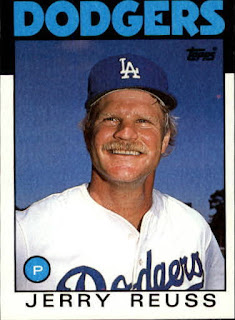 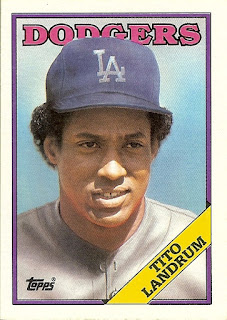 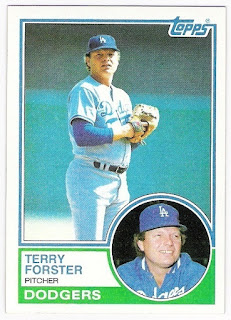 bob bailey edges out orel hershiser for the honor.

thanks to the smaller set sizes and relative scarcity of cards from higher numbered series, the bailey card is the last of the 1968 set to make the frankenset, and the penultimate 1960's card, period.  it's not all junk wax era from here on out, but there are far fewer sets to choose from in these lofty numbers.
Posted by gcrl at 9:55 AM