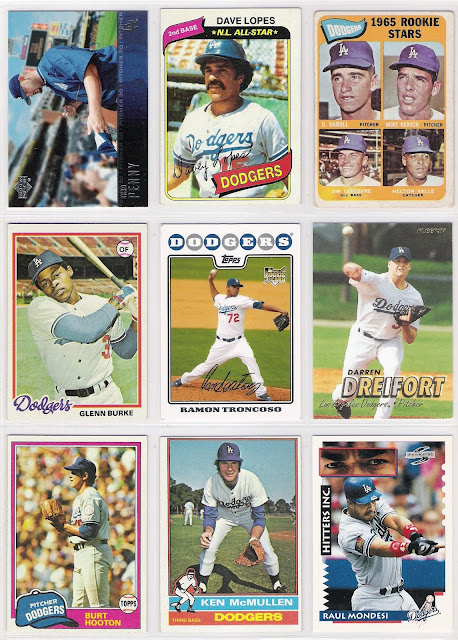 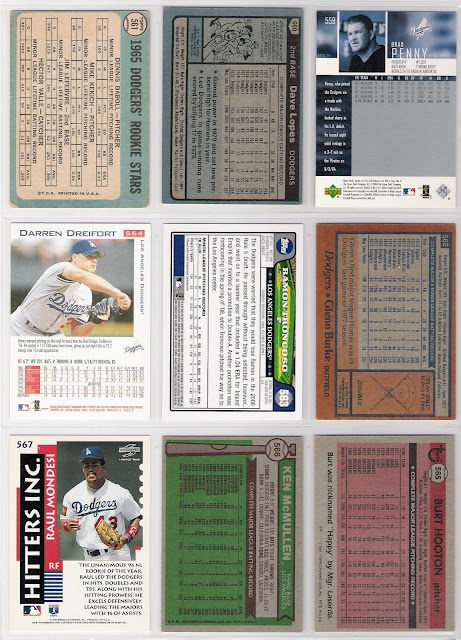 there are a couple of spots on this sheet that were filled by the only card possible (outside of using the 1990 target set), but the 1978 topps glenn burke is not one of them. it is, however, the no brainer of the page.

the 2004 upper deck brad penny card is a curious one. after reading the book 'card sharks' about the origins of upper deck, i understood. upper deck had been sued by an umpire who had appeared on a card without compensation or permission. so, it stood to reason to me that these fans would be blurred out to avoid any of them suing upper deck. the problem there is that this blurring of fans on cards is inconsistent across upper deck's other releases, although it is done on other cards 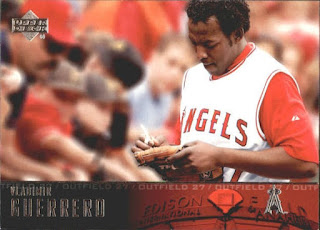 in upper deck's second series (which includes this penny card).  topps clearly doesn't care, given all of the fans that are clearly visible on their cards featuring players reaching into the stands 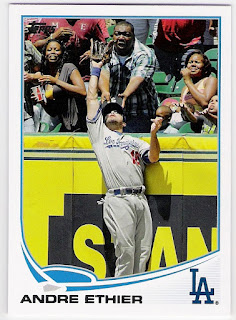 the 1980 topps davey lopes card is the first card for lopes to include the all-star designation. lopes had made the 1978 all-star team as a reserve, but in 1979 he finally unseated joe morgan in the fan voting. in 1980, for the all-star game hosted by the dodgers (i think it's time for dodger stadium to host again, by the way), lopes was the leading vote getter in either league with over 3,000,000 votes - a couple of those were mine.

next up is jim lefebvre's 1965 topps rookie card. it features three other players - dennis daboll, mike kekich, and hector valle - but it was lefebvre who became the 1965 national league rookie of the year.  daboll was actually in the reds' organization when this card hit the streets, but never made it to the big leagues. kekich was 0-1 in his five appearances with the dodgers in '65, and he went on to be better known as one of the yankees who swapped wives in the early 70's.  for his part, valle appeared in just a handful of games that year (his only year in the majors) and hit .308. because of blogger's dumb 20 label rule, one of these guys is not going to be recognized with a label. i thought about just using a 'rookies' label, but no.  in the end, daboll gets left off of the label cloud since he didn't make it to the show.  blogger's rules, not mine.

glenn burke's 1978 topps card is a favorite of mine, since it is burke's only dodger card other than his 1990 target card.  if you haven't checked out the '30 for 30' piece on burke, i would encourage you to do so.  and, while you are at it, keep an eye out for the 1980 topps card that should have been that i created. 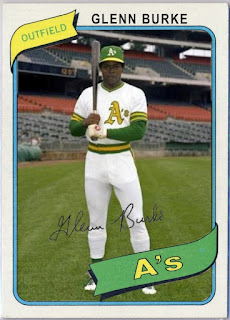 it makes an appearance in the documentary.

ramon troncoso's 2008 upper deck card fills the hole at number 563 and earns him a spot in the frankenset. troncoso pitched for the dodgers in parts of four seasons, including 3 scoreless appearances in the 2009 nlcs, before joining the white sox. he was back in the dodger organization last year, but didn't get the call up to the bigs.

you can see that darren dreifort's 1997 fleer card does bear a close resemblance to this year's stadium club release. 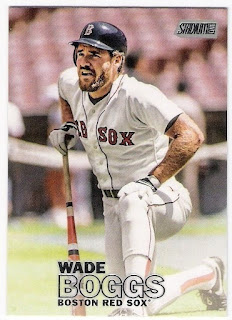 it makes one wonder how much attention is paid to previous sets when laying out card designs. was there noone at topps that recognized the similarities? doesn't upper deck own the fleer brand now? was this a dig at upper deck for using topps designs (they would say they used the o-pee-chee designs) in the past? the mind boggles.

burt hooton's 1981 topps card comes from the season that happy won the nlcs mvp for his 2-0 record against the expos.  hooton was actually good throughout the postseason that year - he was 1-0 against the astros in the nlds, pitching 7 innings and allowing just 3 hits and 1 run in the dodgers' must-win game 3, and then he went 1-1 against the yankees in the world series. he was the hard-luck loser in game 2 (the only run he allowed was unearned), but then picked up the win in the series clinching victory in game 6. in contrast to the brad penny card leading off the sheet, hooton's card comes with out of focus fans rather than blurry fans.

the 1976 topps ken mcmullen card is his last as a dodger as he would grace the '77 set as an oakland athletic. i'm somewhat surprised that mcmullen never surfaced in any of the fan favorite sets, nor was he included in the 2004 upper deck legends set as a member of the 1974 dodgers (even though i failed to mention that in the post) as he is a great ttm signer and would have been a great addition to any of those sets.  as for the card, i am not sure who number 72 is standing in the background. a minor leaguer/spring training invitee or coach? pretty likely to be the former, as the only coach i could think of that it might be is mark cresse, but he wore number 58.

last card of the sheet is the 1995 score raul mondesi hitter's inc. card.  mike piazza also has a card in this subset, but he doesn't look as angry as mondesi.  mondesi, meanwhile, is only the second most angry player in the set, behind albert belle 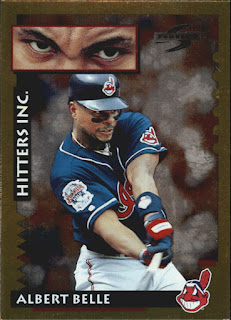 i don't believe there was any other option (aside from a card from the 1990 target dodgers set) at numbers 561 and 563, but other cards were considered to varying degrees were 1992 donruss darryl strawberry at number 559, 1989 score john tudor 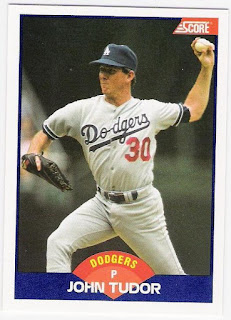 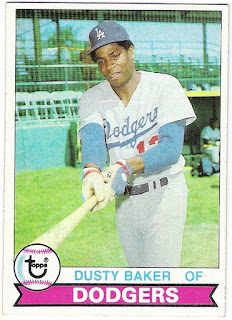 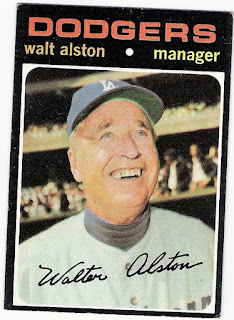 burke wins over penny and lopes.

i linked above to the 1974 dodger team post over at timeless teams. i do fully intend to update that site with posts about the parallels and autos that the set featured, if for no other reason than to be completist about things.  look for those posts sometime this fall if you are so inclined. there might be a contest.
Posted by gcrl at 9:55 AM