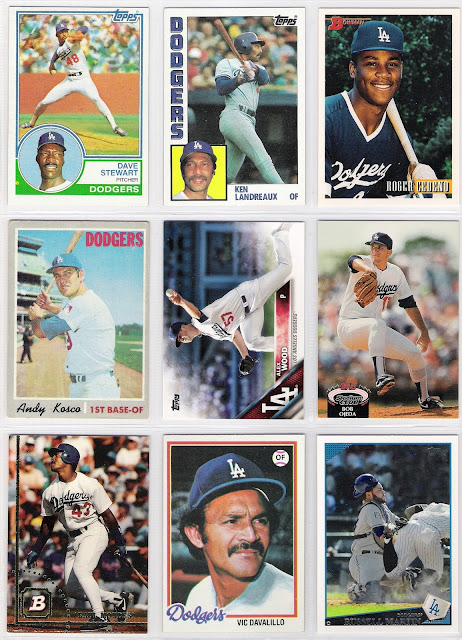 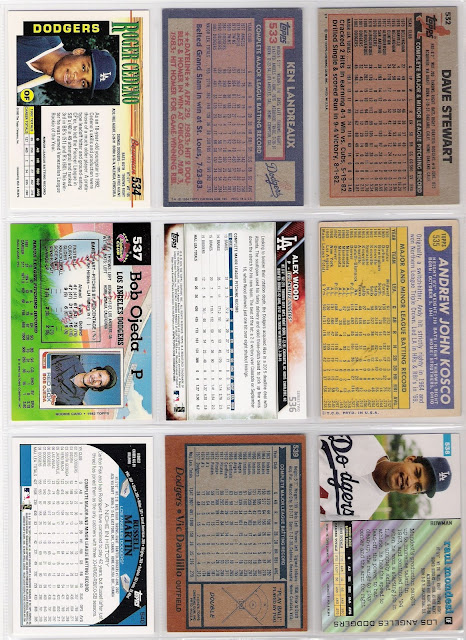 the '78 vic davalillo card qualifies, but i added the wood card as soon as i pulled it from a series 2 pack a few weeks ago. it bumped a 1983 donruss tom niedenfuer in case you were wondering.  in with the new, out with the '83 donruss.  i guess it was a card i niedenfuer frankensets.

right off the bat we get to see the topps design progression from 1983 to 1984 thanks to dave stewart and ken landreaux.  the commonality of the smaller picture on the front - from porthole to picture in picture - is obvious, but i would have liked the '84 to play off of the 1964 design just as the '83 cards are somewhat related to the 1963 design.  i bought way more of 1983 topps than 1984 topps which had some to do with the designs, but also had to do with how much i liked 1984 donruss.

1993 bowman put roger cedeno in the bushes. the only fully green background i want to see on a baseball card is either the wrigley field ivy or the green monster in fenway. don't put players in the jungle.

the photo used for andy kosco's 1970 topps card was likely taken around the same time as billy grabarkewitz's and jeff torborg's, but without danny ozark in the background.

alex wood got a nice card in 2016 topps series 2. i am not the biggest fan of the card design, but the dodger bullpen in the background provides a nice contrast to the home whites. it's too bad he hasn't been able to stay healthy - it was just announced that he needs surgery and will be out for a couple of months.

bob ojeda's 1992 topps stadium club card is decent enough, and i like that topps put each player's rookie card on the back. it doesn't mean, as far as my collection goes, that this is a red sox card, however.

1994 bowman - two consecutive years of bowman represented here on the page - is pretty different from the previous year's design. i didn't know much about mondesi going into the 1994 season, but he had a decent consecutive game hitting streak in may of that year that got me interested, and he went on to win the rookie of the year in the strike-shortened season.

i would guess that the photo used for vic davalillo's 1978 topps card came from the same time as the photos for his 1974 topps card, 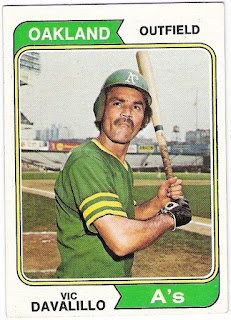 or maybe spring training of 1974.  the a's released davalillo in may of that year, and he was playing in the mexican league until the dodgers signed him during the 1977 campaign.  his 1979 topps card (and his 1981 fleer card!) shows him clean shaven, which is how i remember him as a dodger.

last card on the page is russell martin's 2009 topps card which shows him taking the brunt of a play at the plate. it's been well documented that martin has some great cards, and this is one of them.  however, it's not his best play at the plate card - that would be the 2008 stadium club card included in the link above. 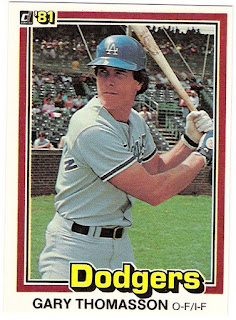 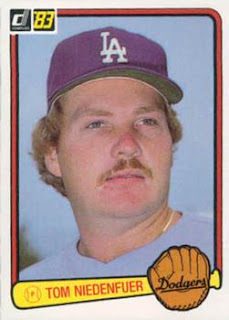 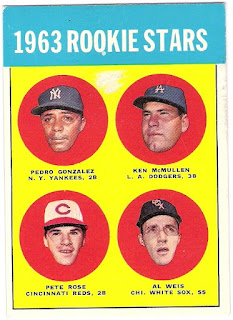 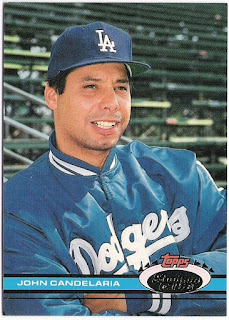 i'm still not sure about my ken mcmullen rookie. i have to assume it's a reprint until i have it authenticated, even though it looks great when i compare it to other 1963 topps cards. i tested the guy i bought it from, and i am pretty sure that he believed it to be genuine. if it is, it wouldn't be worth the $130,000 that someone threw down on ebay this week, but it would be worth more than i paid for it.
Posted by gcrl at 9:55 AM