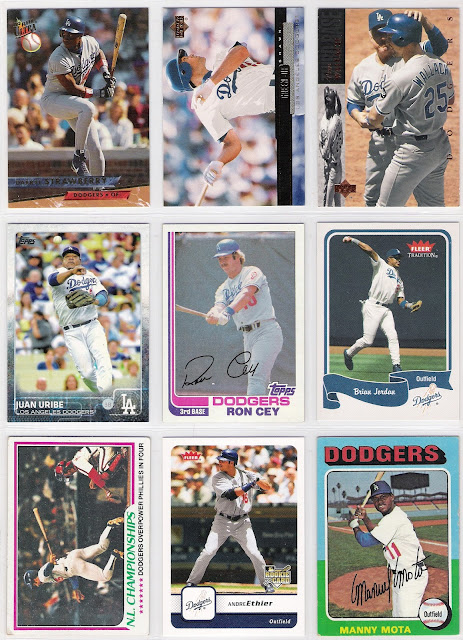 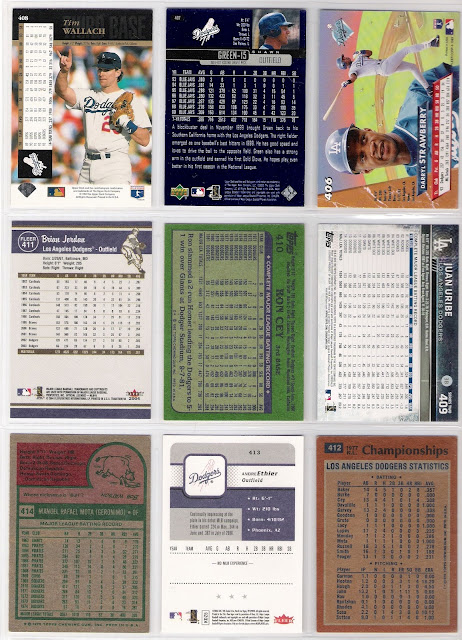 given the dearth of postseason cards made by topps for the team of my youth, the 1978 topps nlcs card featuring davey lopes was a certainty for the set.

no pitchers allowed on this page - just a bunch of position players.  first up is darryl strawberry on his 1993 fleer ultra card. by the time this card came out, things were pretty much at an end with darryl and the dodgers. he had missed most of the 1992 season due to a back injury (for which he had season ending surgery), but was on the field for the start of the 1993 season.  unfortunately, he hit just .140 before his back forced him to the dl in june of '93, and he never appeared in a regular season game for the dodgers again.

the 2000 upper deck shawn green card is an odd horizontal torso crop.  we'll see another one from upper deck later in the post that works better than this one.  2000 upper deck is one of my favorite upper deck sets along with 1994, which gave us the next card on the page. tim wallach doesn't get one of tommy lasorda's famous hugs, but he does get a pat on the helmet.

juan uribe looks like he's tripping over his own feet on his 2015 topps card. uribe joined the dodgers following the giants' first world series win in 2010, and he spent four-plus seasons with the blue. after struggling in 2011 and 2012, he was pretty good in 2013 and 2014. he's still playing everyday with the indians this season and seems to have outlasted the guy who replaced him in san francisco.

i was looking forward to some great cards from topps in 1982 after the dodgers won it all the previous october. i was somewhat disappointed. here we have one of the three co-mvp's of the world series, ron cey, checking his swing in front of a tarp. at least it's a photo from 1981, as cey is sporting the city of los angeles' bicentennial patch on his sleeve. the city was founded in september of 1781. it wasn't until 1848, however, that the city became part of the united states.

i think the 2004 fleer tradition brian jordan card is a short print. that makes very little sense to me. i don't think folks were clamoring for brian jordan cards in 2004. i wasn't, anyway, as jordan had left for the hotter climes of texas by then.

i was, however, very excited about the 1978 topps card that celebrated the dodgers' nlcs win over the phillies in 1977.  the lone world series card in the set is very much a yankees card (as it should be if there is just going to be one card to mark the fall classic), so i had just this one card to remember the first postseason that i recall watching.  little did i know that it would be the only postseason dodger card issued by topps in their flagship set for a long, long time.  i think i am still waiting - i don't recall any cards in the 2009 or 2010 or 2014 sets recognizing the dodgers' nlds victories the previous seasons.  anyway. it would be great if the photo used on this card was from lopes' controversial at bat in the 9th inning of game 3 in which he hit a shot that ricocheted off of mike schmidt right to larry bowa who threw to first in an attempt to record the final out of the game and preserve a 5-4 phillies win.  however, lopes was called safe, and manny mota scored the tying run. after an errant pick off throw sent lopes to second, he scored what would be the winning run on a single by bill russell.  unfortunately, the image used comes from the first at bat of game 4, in which lopes lined out to second base.  still, i like the card.

i can picture fleer card designs in my head by year from 1981 through 1991 easily. then it starts to get confusing.  was 1992 the year with the green borders? or was that 1993? 1994 and 1995 fleer i can recognize right away, but after that it's tough. anyway, 2006 fleer does not register with me.  i know this is a 2006 fleer card because it's an andre ethier rookie card, but the design is not instantly recognizable. this is due to the fact that i stopped buying fleer cards for the most part in 1987. i do like how they flipped the design on to the back of the 2006 cards, so it's got that going for it.

manny mota's 1975 topps card might be my favorite card of the set.  i've said before that 1975 topps is not my favorite, but this is a nice card.  i like the choice of the blue on top/green on bottom border, and i think it works well with this near full shot of the left field pavilion in the background.  bonus points for the three sisters palm trees and the pre-diamond vision scoreboard, too.  i do wonder, however, if that is the on deck circle behind mota, why is it so close to the baseline? 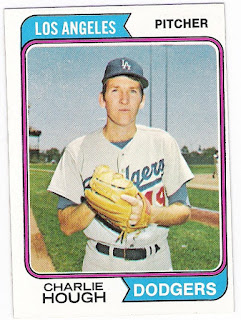 at number 408, 2000 upper deck gary sheffield (this is the better horizontal torso crop i referred to earlier in the post - love the sheffield bat wag!) 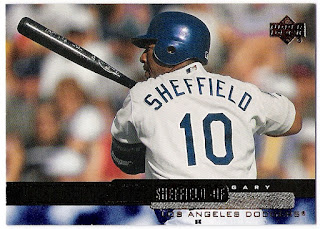 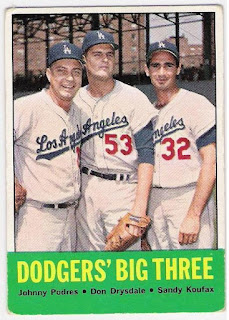 i really like the lopes card, but the 1975 topps manny mota aesthetic wins out today.

this post will publish on july 4th. the dodgers and other teams will be wearing some pretty ridiculous hats to 'celebrate' the holiday, but the red, white, and blue of the regular dodger uniform should be enough.  at any rate, remember the lesson of jason pierre-paul and have a safe 4th of july!
Posted by gcrl at 9:55 AM