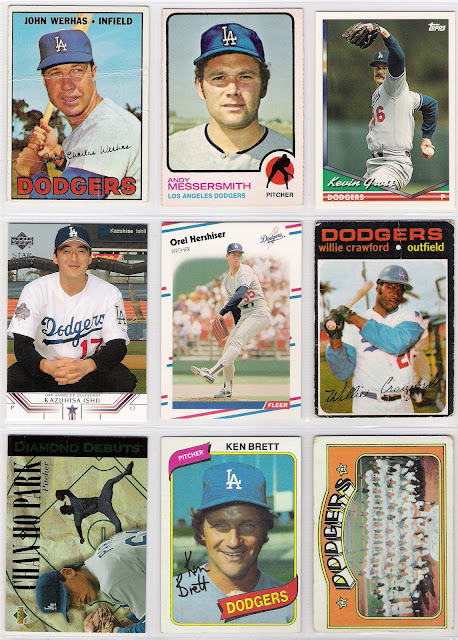 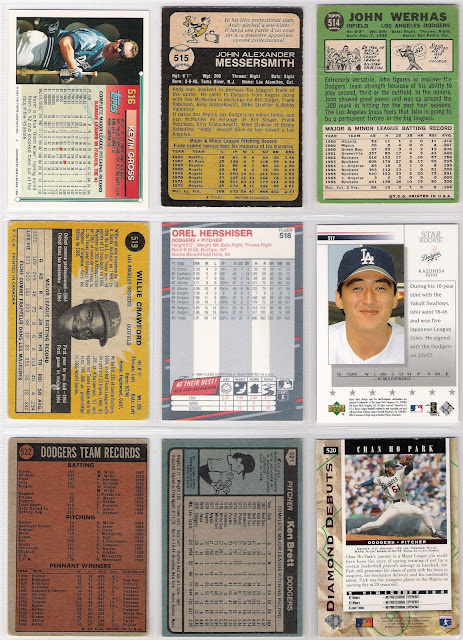 that would be george brett's older brother's card - the only dodger card of ken brett issued during his playing days.

this duplicate of john werhas's 1967 topps card has a big ol' crease running across it. that's ok - it is a frankenset, after all.  the card is from the 6th series, but for some reason does not list werhas as a member of the california angels - the team to which he was traded to in may of '67.

the first of two o-pee-chee cards on the page is andy messersmith's 1973 card. if you look closely at the back,

you will see that while bill remains bill, and mike remains mike, andy translates to "andy" in french.

kevin gross is up next with his 1994 topps card. i think 1994 topps is one of their better releases of that decade. i didn't think much of it at the time, but that had a lot to do with the excessive glossiness of the cards.  i think with a couple of tweaks (the card stock and the font of the players' names), the design could be pretty solid, and i do like the backs.

kaz ishii was supposed to be a lefty hideo nomo, but wound up being more like a lefty hideki irabu.  that's probably not entirely fair, but he did walk a bunch of people.  i like this 2002 upper deck card because it showcases dodger stadium, complete with the retired number outfield wall murals (that's tommy lasorda to ishii's left), in the background.

the red, white, and blue design of 2002 upper deck is not as gaudy as that of 1988 fleer.  putting cards of orel hershiser from 1988 into the set just feels right, regardless of the card design.

now here's the second canadian card of the page - a 1971 o-pee-chee willie crawford card.  it's a little rough, but it's a dupe, and i am a fan of the yellow backs and the starburst head shot that makes these cards different from their topps counterparts.  and, in case you are wondering, willie is just willie in french - no quotations marks.

this chan ho park card is from the 'diamond debuts' subset in 1994 upper deck.  i assumed that the silhouette on the front was just a generic pitcher, but comparing the photo of park on the back to it, i now believe it is actually park. that's a level of effort that upper deck stopped aspiring to in their last few years producing baseball cards.

and now we have ken brett's 1980 topps card.  he was a good hitter, and he actually hit for himself in a game for the white sox during the 1976 season, rather than give way to a designated hitter.  the chisox also used him as a pinch-hitter a number of times.  i always thought that tommy lasorda should have used terry forster as a pinch-hitter more often, but i guess he had a couple of pinch-hitting specialists (manny mota and vic davalillo) on the roster already.  at any rate, the dodgers did not use brett as a pinch-hitter at all, although he was 3 for 11 at the plate during his time with them in 1979.

one of the things that i like about the 1972 topps dodger team card is that the photo looks like it was taken from the top of the 3rd base dugout at dodger stadium. you can see the low right field railing giving way to the bullpen in the background, and the dirt in front of the dugout in the foreground. it also looks like the visiting team is on the field and taking batting practice. it all makes for a more interesting card than the other team cards that followed with the more organized or staged photos taken in the outfield. 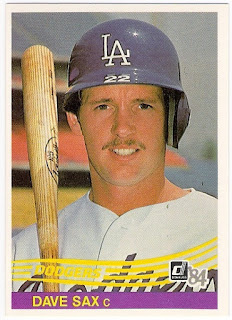 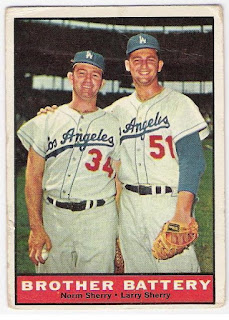 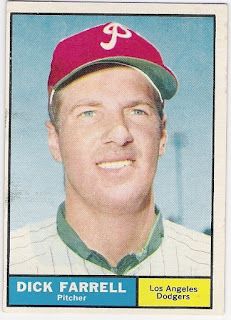 the card i keep going back to here is the kaz ishii card. i just really like seeing the dodger stadium outfield pavilions and murals on cardboard, i guess. 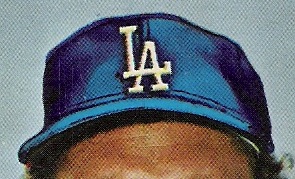 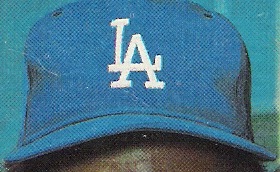 that is great progress!
Posted by gcrl at 9:55 AM