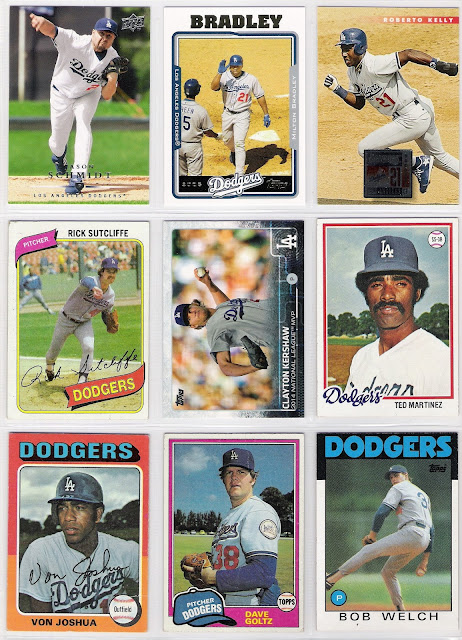 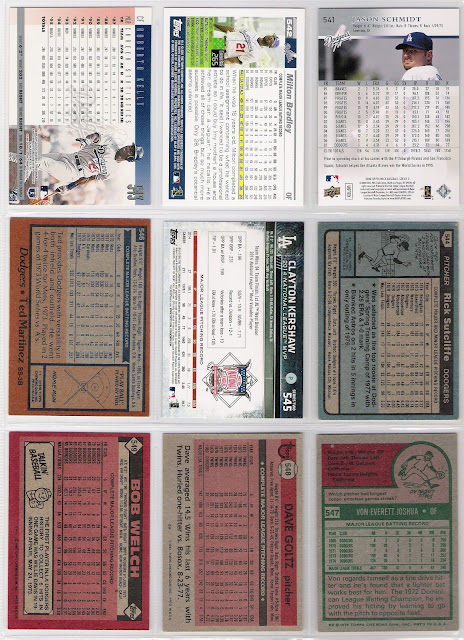 rick sutcliffe's rookie card was not to be denied entry into this set.

it seems like there have been a few jason schmidt cards pop up in the set lately.  this one is from 2008 upper deck, which is the year that schmidt missed entirely due to injury.

the next two cards - a 2005 topps milton bradley and a 1996 donruss roberto kelly - fall into my 'tatooine' minicollection as well as this frankenset.  as you probably know, i collect cards that feature photos with nothing but dirt in the background. this goes back to sometime in the late 1970's when my brother and i were in our local card and comic shop. there was a 1971 topps world series highlight card in the display case featuring brooks robinson and the infield dirt. being fans of star wars, we claimed that brooks was looking for droids on tatooine.  and now you know the rest of the story.

i was surprised when i (happily) pulled a rick sutcliffe card out of a pack of 1980 topps and saw that he had pitched in 1976.  i was aware of him being with the dodgers for a bit in 1978 and was well versed in his 1979 season in which he won the rookie of the year award, but i did not know he had made his debut way back in '76 even though i pored over those baseball handbooks endlessly in the late 1970's and early 1980's.  one highlight i recall from sutcliffe's '79 season was his first big league home run - it came in a game against the reds in which the dodgers hit seven home runs, all by different players.  sutcliffe went on to win the national league cy young award in 1984 (and finished 2nd in 1987). he was 4th in the mvp voting in 1984.

clayton kershaw, on the other hand, did not win the rookie of the year award, but did win the mvp in 2014 to go along with his three cy young awards. this 2015 topps card recognizes kershaw for being the league's mvp which is rare for a pitcher but sometimes cannot be denied.

ted martinez joined the dodgers for the 1977 season (and played enough to earn a card in the 1978 topps set) after spending 1976 in the reds' minor league system.  that means that he missed the reds' world series run that year, and even though he was with the dodgers in both '77 and '78, he appeared in neither postseason.  martinez debuted for the mets in 1970, the year following their first world series title, but did appear in the 1973 world series with the mets, and the 1975 alcs with the a's.  that means that during the decade of the 1970's, martinez's teams made the postseason 5 times. he was almost don baylor before don baylor.

i believe that this 1975 topps von joshua card is the only dodger card in the set to feature this color combination.  otherwise, it is similar to many dodger cards that feature spring training photos, and is especially similar to the preceding ted martinez card.  are those the same trees in the background?

looking ahead to the 1981 topps dave goltz card next to it, we see more spring training trees, but these are clearly not the same. these trees to goltz's right look to be coniferous, plus there is a parking lot in front of them (who's driving the yellow bug?). 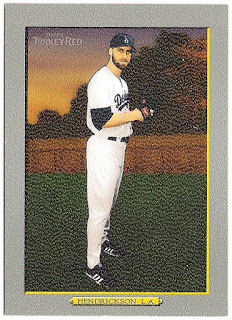 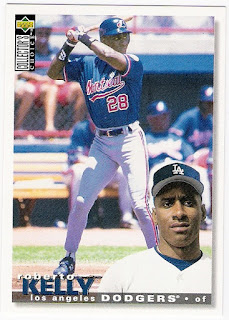 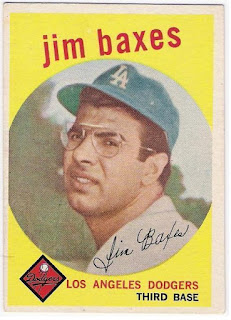 as is often the case, the no brainer is also my favorite card of the page.  rick sutcliffe's 1980 topps card was a key card in my collection that year because he had won the rookie of the year the previous season, and this was his first card. thirty-six years later, it's still a favorite.  although i still can't tell whether that is terry forster or someone else in the background.

roberto kelly made the page, but with his 1996 donruss card rather than that '95 collector's choice card.  that's only because the udcc card is one of those redemption set cards and i don't have a dupe.  yes, 1978 topps and ted martinez would be kicked out of the set if i had another one of those kelly cards.  i don't understand it - upper deck had an image of kelly in dodger gear (real or photoshopped), used it, but still went with an expos photo, too. it is very weird and i like it.
Posted by gcrl at 9:55 AM