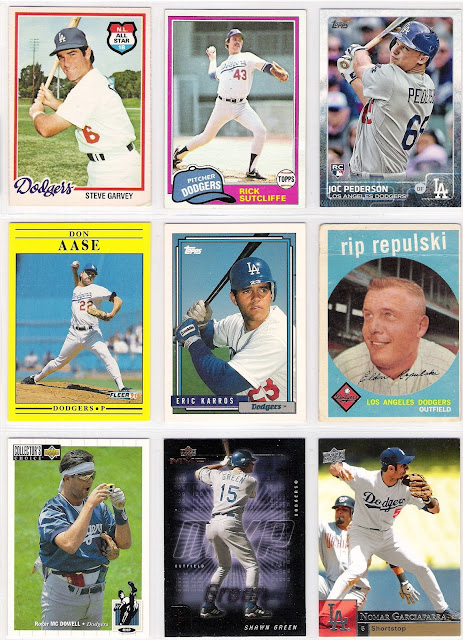 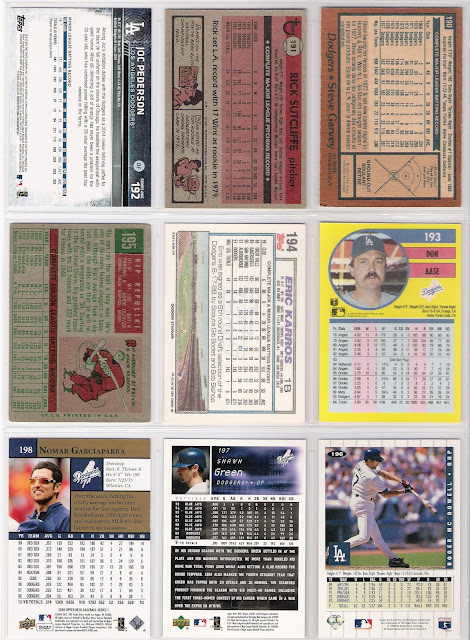 considering that the 1978 o-pee-chee card is and always has been in the header image over at garveyceyrusselllopes, it's a safe bet that it was the no brainer on this sheet.

i am actually writing this post in the friendly city of toronto.  being here makes me want to seek out some old o-pee-chee cards. i was 7 and on a family vacation to the prairie provinces when i first bought packs of o-pee-chee cards and found that garvey card that leads off the sheet.  good times.

rick sutcliffe brought the rookie of the year award back to los angeles in 1979.  he actually made his big league debut in 1976, but didn't stick with the dodgers until he went 17-10 in '79. of course, he struggled in 1980 and became firmly entrenched in tommy lasorda's doghouse pretty quickly.  he was left off of the 1981 postseason roster, and if i recall correctly, he trashed lasorda's office as a result.  the dodgers traded sutcliffe to the indians prior to the 1982 season, and he promptly led the american league in era.  he wound up with the cubs in 1984, and won the cy young award.

joc pederson was an early favorite to bring the rookie of the year award back to los angeles in 2015, but his second half was terrible.  i was starting to put this set together in august of 2015, and that is why he has two cards in the first 200 spots. had i waited until october, he may only have had one.

don aase is repping the bold 1991 fleer set. aase is, alphabetically the first dodger.  and the first oriole, and the first angel, but not the first met or red sox, as david aardsma also played for those two teams.

eric karros did (!) bring the rookie of the year award back to los angeles after a nine year drought.  his 1992 topps card is the second card in this set from his rookie year (1992 donruss was the other).  it's not my favorite card from the 1992 topps set - we will see that one later.

rip repulski's card is great for a couple of reasons. first, it's blue and not yellow like so many of the dodgers' 1959 topps cards. second, the look on his face makes it seem that he is pretty pleased to see karros' card next to him.  seeing repulski here makes me realize i should have gone for a brady bunch page with all of the cards featuring players looking around at each other.  again, shame on me for not doing so.

the bottom row features roger mcdowell doing what roger mcdowell does on his baseball cards, a typical mvp style card of shawn green (mvp and spx sets in the late 90's/early 00's were pretty much a waste of space in my opinion), and nomar's 2009 upper deck card.  i passed on the first edition version of this card a few sheets back, but his double play turning goodness was not to be denied a second time.

as usual, there were some pretty good cards that didn't make the sheet. they include 1962 topps wally moon (both versions) 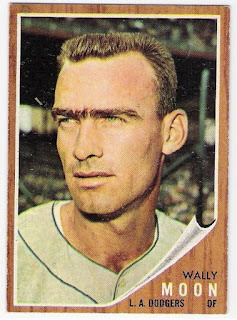 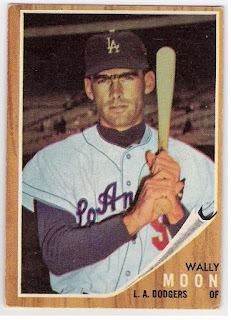 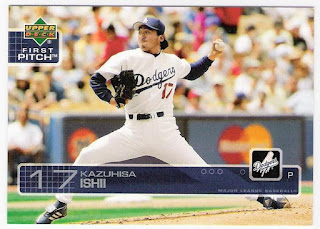 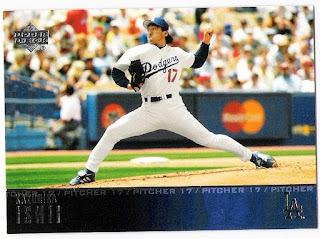 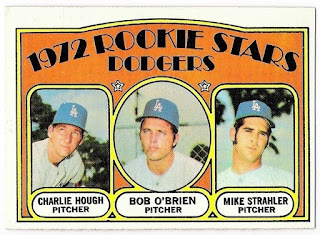 this is another case where the no brainer is also my favorite card. duh.

with the end of the restriction on set and player use, i will pretty much always go with a garvey, cey, russell, or lopes card when given the chance.  same goes for 1978 topps/o-pee-chee.  just so you know.
Posted by gcrl at 9:55 AM