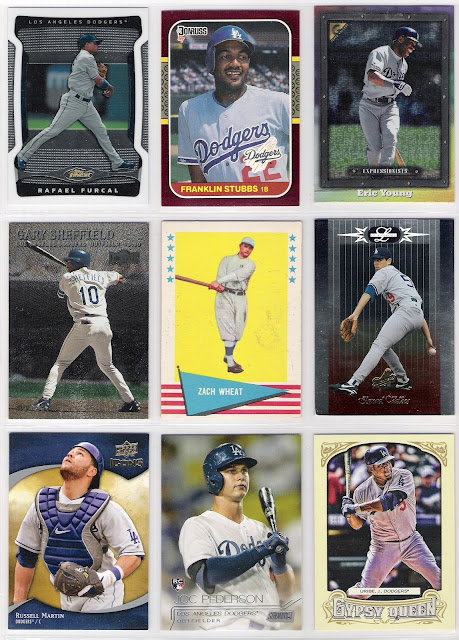 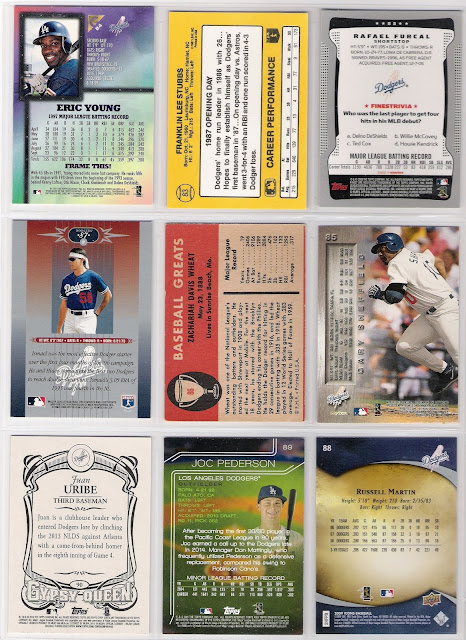 zack wheat belongs in the set, and his 1961 fleer card is the best option.

we are halfway through my self-imposed lack of player and set duplication, and it's having the intended, if not spectacular, results.  there's not a lot to say about many of these sets, as there were so many useless releases from the 20 years or so from 1987 to the late 2000's. that's true even today, as evidenced by gypsy queen (apologies to any fans of gypsy queen out there). i do appreciate the fact that stubbs' opening day card is different from his 1987 donruss card (which appears in the set later on), and having sheffield and wheat (two of the best hitters the dodgers have ever had) isn't bad.  russell martin has many fantastic baseball cards, but this icons card isn't one of them.  first half of 2015 darling joc pederson makes his first appearance in the set (along with everyone else on the sheet).  the other cards are just shiny-ish. plus juan uribe. 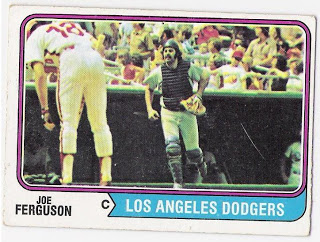 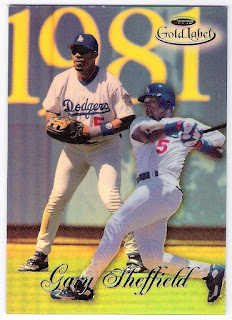 i miss having not put one of the al oliver cards on the sheet, but he gets his appearance in the set later on within my 20-page effort at diversity.

i appreciate seeing the bat wag on sheffield's metal card, and if it weren't for the wheat, it would be my favorite.

on monday, i posted about the 1986 donruss highlights steve sax card that checked in at number 50, and i noted that i thought it was doubtful that topps would issue player of the month cards through their topps now line.  i was wrong.  i wrote that post on may 2nd, and on the 3rd, they posted this card for sale: 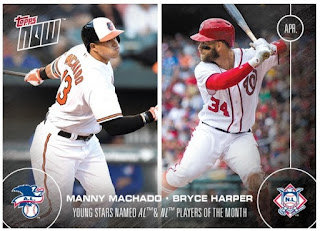 now we just have to wait and see if they maintain this for the entire season.
Posted by gcrl at 9:55 AM