frankendodger sheet 12 (cards 100-108) - the hero number gets updated to avoid an exemption from the earlier rule... 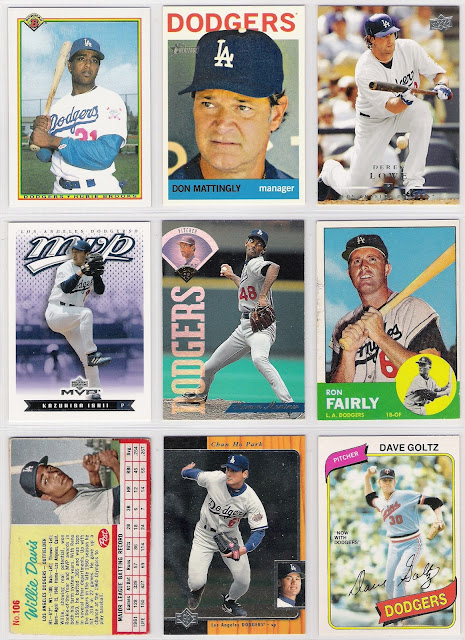 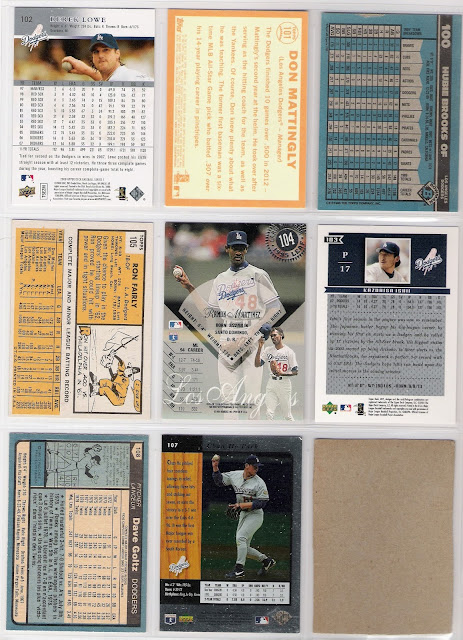 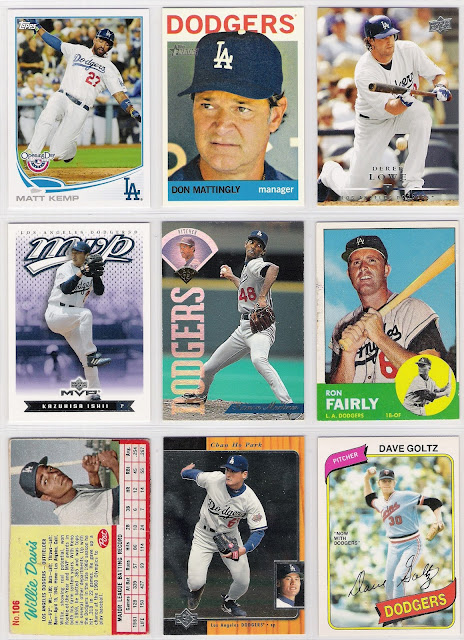 i love me some o-pee-chee variations, and i really wanted that dave goltz card in the set.

so, it's matt kemp who makes the first repeat appearance in the frankenset at the hero number of 100.

as i mentioned in the "final thoughts" of this original post, i was a bit miffed that i had not used the hubie brooks bowman card at number 100 in order to maintain the diversity of the set.  so, i made the switch from kemp to brooks.  brooks is not really a hero number kind of guy, but i'll have other opportunities to line up big numbers with big players.

i wanted to have at least one card of every manager from alston on up, so the mattingly card fits in nicely here (over alston, actually).

lowe and ishii are convenient fillers, but i can't believe it's taken 12 pages to get to ramon martinez.  i learned about ron fairly early in my baseball following days due to the fact that he used to wear garvey's number, and he was an announcer for the angels on ktla (pretty sure) after he retired.  i like his colorful 1963 topps card, and it looks great in the set as its first representative.

for the second day in a row, there's a davis on the page.  willie shows up on his 1962 post card - the first blank back in the set i believe (it's tough to keep track).  willie doesn't seem to get a lot of hype, even though he is among the career leaders in so many los angeles dodger categories.  i suspect it has to do with the struggles he had following his retirement and his lack of continuous involvement with the team like some other former players.

chan ho park and dave goltz finish off the page.  chan ho never won more than 18 games in a season, while dave was a 21-game winner in 1977.  i know that wins are not the best measure of a pitcher, especially to compare across generations, but i would think that both pitchers disappointed dodger fans to some degree - park never really lived up to his potential, and goltz never got back to his best days.  still, i was pretty excited when goltz signed with the dodgers and caused that fantastic o-pee-chee card to be created.

part of the reason for kemp originally showing up again was the fact that most of the other options at #100 included koufax or snider or nomo or piazza - guys that have already been included in the set.  however, i could have used (and have still can, i suppose) a 1990 bowman hubie brooks card to maintain the diversity of the set.  if anyone cares to send me one, i might consider it.

other cards passed over include walter alston's 1964 topps card at #101, 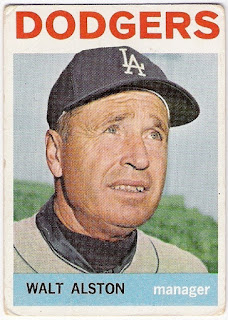 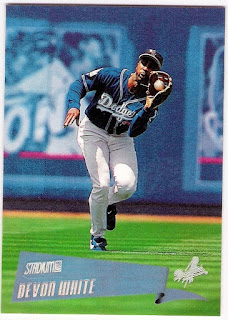 it's the goltz card.

i am a little bit bothered by that hubie brooks omission.  i think i meant to use a different card from 1990 bowman elsewhere in the set (the dodgers are numbered sequentially in that set), but wound up not doing so, and then forgot that it was then available at #100.  this post may get updated at some point...