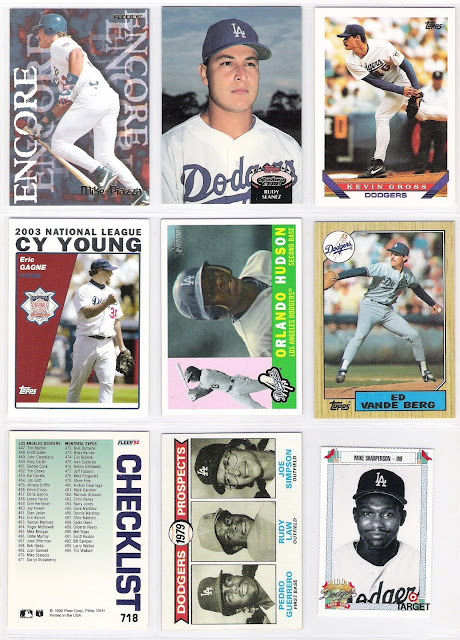 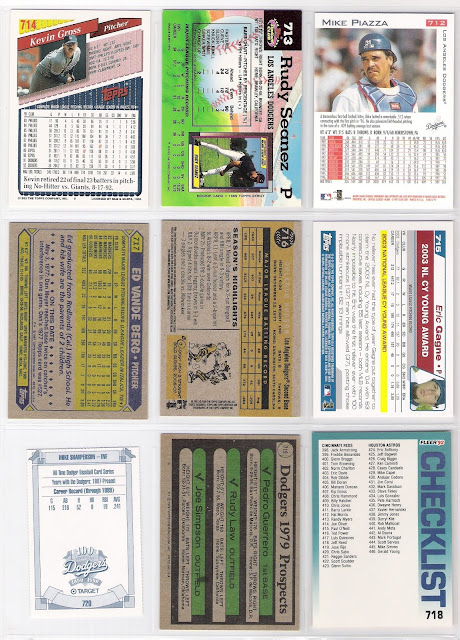 pedro guerrero's rookie card was a sure thing for the set, even if the photos are in black and white.

it feels like fleer was reaching for content when you come across a card like this mike piazza card from their 1997 flagship set at number 712, and, i suppose perhaps that is what they mean by 'encore' on the front of the card.  the back does include his minor league stats which did not appear on the back of his 'base' card, so there is that difference.  by the way, piazza has two other cards in the fleer set - both of him on the front of checklist cards.

rudy seanez means busi-nez (there i go with my mlb.com headline writing again) on his 1992 topps stadium club card.  unfortunately, seanez did not suit up for the dodgers in 1992, spending the entire season in the minors before being traded to the rockies for jody reed.  he did come back to the dodgers (twice!) and was a big part of their bullpen in 2007, pitching in 73 games that year.

kevin gross' 1993 topps card features the dodger pitcher in dodger stadium. we know that's where he is because of the old field level scoreboard in the background.  unfortunately, you can't really see the 76 sign thanks to the umpire standing in the way. murph would be upset.  i don't think the dodgers give out union oil auto scrips anymore when a player hits a home run, but there was a time when 76 was as predominant of a sponsor as farmer john and his eastern corn fed pork.

before clayton kershaw came along, eric gagne was the most recent dodger to win the cy young award. gagne's win, marked by this 2004 topps card, broke the longest drought for a dodger to win that award as it had not been won by a dodger since orel hershiser in 1988.  gagne is also the last reliever for any team to have won the award.

ed vande berg's 1987 topps card was conveniently numbered 717, so it fits nicely into the set. vande berg, whom the dodgers acquired in the steve yeager trade with seattle, was with cleveland in 1987, and o-pee-chee thankfully included him 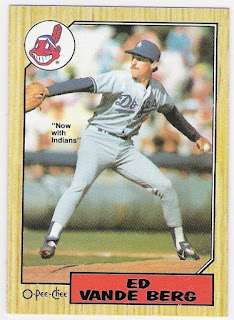 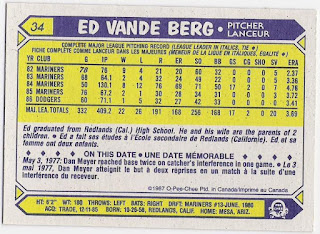 in their truncated set.

this next card is hands down the worst one in the set.  even the 1990 target card

was a bad option for number 718. this is, of course, the 1992 fleer checklist that lists all of the dodger cards in the set, along with those of the expos, astros, and reds.  and worse yet is that the dodgers are on the back. so, i have the back of a generic checklist filling a spot in this set.  i really hope that this year's heritage high numbers puts josh reddick or some other dodger at number 718.

from a bad card to a pretty good one, we have next the 1979 topps dodger future stars card featuring pedro guerrero, rudy law, and joe simpson.  guerrero and law went on to have some success with the dodgers in the big leagues, but simpson found his calling in the announcers' booth for the braves.  this is the rookie card for all three players, although it's known best for guerrero. the only knock i have against it is the black and white photos - i don't know what the driver was for topps to go black and white here.  was it to avoid showing the garish color of the albuquerque dukes hat law is sporting? 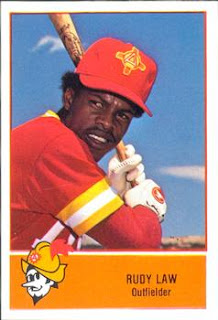 given the presence of other minor leaguers on other teams' cards and their equally minor league looking uniforms, 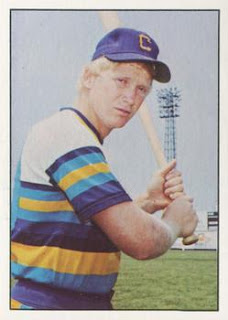 last card on the sheet is mike sharperson's 1990 target card, which means it was the only thing available for number 720. 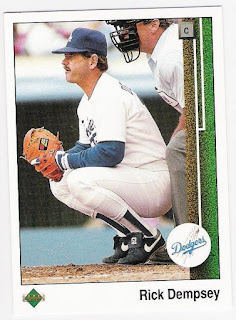 that would be kevin gross' 1993 topps card. i'd like it even better if the umpire weren't blocking the 76 sign on the scoreboard.

over on the sidebar at garveyceyrusselllopes there has been, for the past two-and-a-half years, a watch of a redemption card for a 2013 topps triple threads dave stewart auto/relic waiting to be fulfilled by topps.  when topps recently moved their redemption tracker into their main website, i was given the option of requesting a replacement card rather than having to call in a request. i had been hoping against hope (most likely) that the stewart card would show him as a dodger, but since he's too busy with his day job in arizona to sign the stickers for topps, i checked the box for a different card to be sent.  earlier this week, i received this thing and this "bonus" card 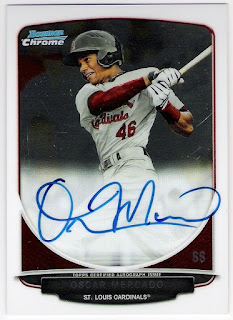 neither fits in my collection, so they are available for trade.  and, the sidebar is updated accordingly. 1001 days later.
Posted by gcrl at 9:55 AM