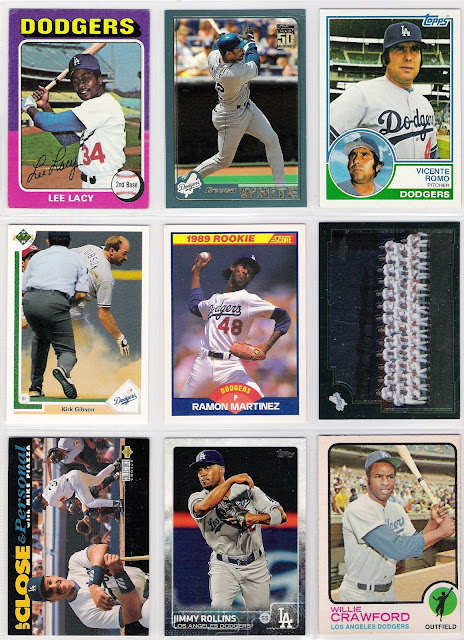 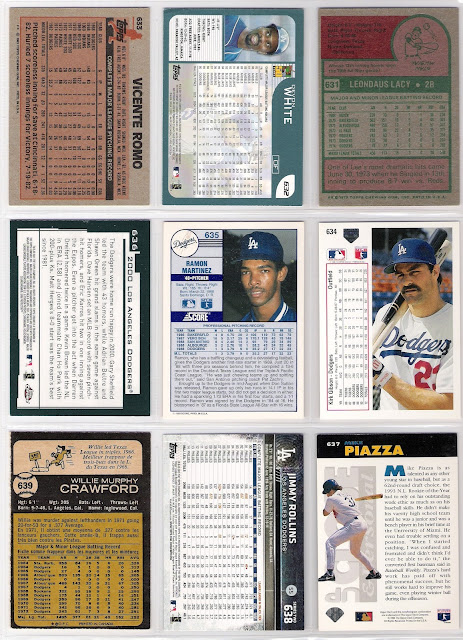 i really don't think there is a card on this sheet that i could make a case for being a no brainer.  sorry.

to me, the best thing about about 1975 topps is that there are many dodger cards that feature dodger stadium as a backdrop. the lee lacy card is one of those cards.  as you can see, lacy wore number 34, and his is one of the few numbers with which i do not associate a member of the 1978 topps dodgers. to me, 34 is fernando.  if you care, number 5 is jim lefebvre, not johnny oates, and number 3 is steve sax, not glenn burke.

devon white's 2001 topps card is here because i already had kirk gibson's 1991 upper deck card on the sheet, and the best alternative at 632 was a different '91 upper deck card. i'm trying to avoid the same set on a page as much as possible, but it happens a few times in the last few sheets.

vicente romo's 1983 topps card marked romo's return to baseball card sets after being absent since the 1975 topps set.  romo had been pitching in the mexican league since then - at least until the dodgers brought him back to the big leagues in 1982.  romo had been a dodger earlier in his career, a story i told as part of my 'double dipper' series.  a while back, night owl had a post (can't find it right now) about players whose names we mispronounced as kids. my offering was ben oglivie (i always pronounced it oh-gli-vee instead of oh-gull-vee), but romo would have been another - i was always reading his name as vincente instead of vicente.

kirk gibson's 1991 upper deck card shows off the receding hairline gibson was hiding under his hat and helmet during the latter part of his playing days.  it also features a nice cloud of dust and an umpire ready to make a call.  aside from gibby's home runs (one in particular), i think my favorite play of his as a dodger was the time he scored from second on a wild pitch to win a game. dude hustled.

the next card is one of ramon martinez's less heralded rookie cards - his 1989 score card.  his topps and upper deck cards were a bigger deal, but only the score card has him doing an "i'm a little teapot" routine.

the higher the card numbers get, the more team cards and the like we will see.  this one comes courtesy of 2001 topps chrome, which was a full-sized set 15 years ago.  i bought some chrome at target the other day, and came away with three dodgers. two were of kenta maeda 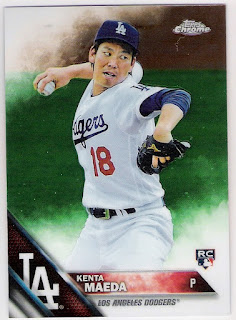 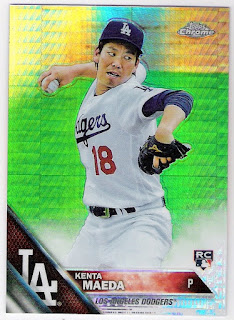 who is the cover boy for chrome this year, and the other is of persona non-grata yasiel puig. 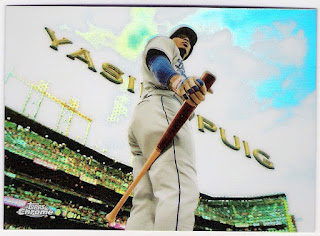 based on some of the stories that have been alluded to about puig and his teammates, i don't think he'll be back with the big club anytime soon.

next, we get up close and personal with hall of famer mike piazza, thanks to 1994 upper deck collector's choice. there's no real insight here, just some information taken from an issue of "baseball weekly", but at least there's no mention of tommy lasorda. what a tired story that became.

back over at the garveyceyrusselllopes blog, i had a series about out of place players - players that didn't really belong on the dodgers.  think frank robinson, boog powell, and jim thome.  jimmy rollins is one of those guys.  rollins' 2015 topps card is his second card in the frankendodger set, however, which is more than some more 'legit' dodgers.

last card on the sheet is a 1973 o-pee-chee card of willie crawford.  the back of the card has english text saying, in part, that crawford "was murder against lefthanders", hitting for a .377 average against them in 1971.  the french translation is a bit nicer, saying that "il obtint une moyene" - he obtained an average of .377.

the card also translates a second line of english text regarding the pirates, but that english text only appears on the topps card,

and it refers to the pirates as the bucs. 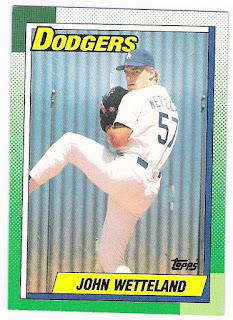 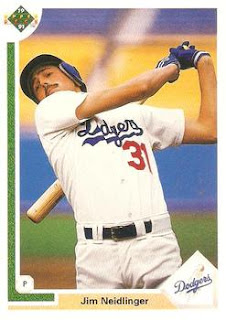 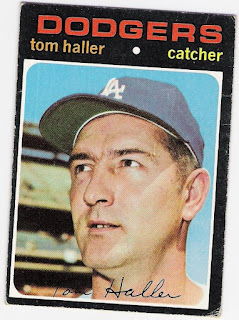 it's down to the lacy vs. the gibson, and i'll go with lacy in dodger stadium.

there are only 10 more pages in the frankenset to show, and the card selection is getting thinner.  we've seen the final cards from the 50's and 60's, but the 70's through the 10's are still represented in the final ten sheets.  just know that there's not going to be quite as much set diversity the higher we go.
Posted by gcrl at 9:55 AM