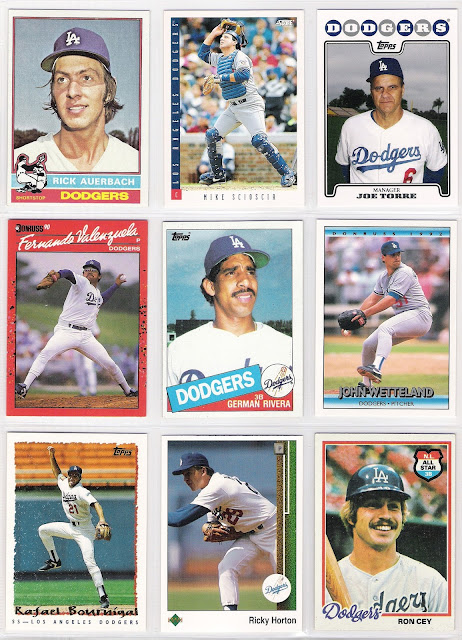 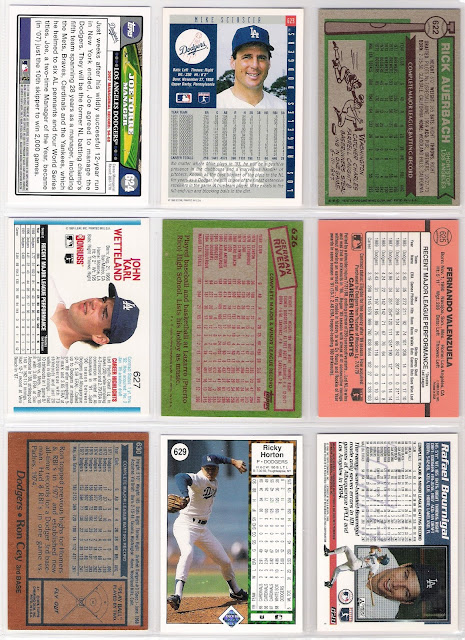 the sheet begins with a 1976 topps card of rick auerbach, who was an honorary member of the infield in 1975 after bill russell got hurt. he played in 85 total games that season (81 at short), but drove in only 12 runs.  that's not so bad when you consider that future dodger enzo hernandez drove in 12 while playing in 143 games in 1971.

mike scioscia is caught in the classic catcher pose of looking for a pop up on his 1993 score card.  at least this card depicts some real wrigley field game action.

next up is joe torre's 2008 topps card. this is one of my all-time least favorite topps flagship designs, and this particular card has just about the most bland looking photo. not that there are many options for manager photos, but still.  to make matters worse, i think torre's card in the special 55-card dodger set that topps put out that same year looks almost identical to this one.

fernando makes his second appearance of the week with a 1990 donruss card.  between this set, the 1990 donruss baseball's best set, 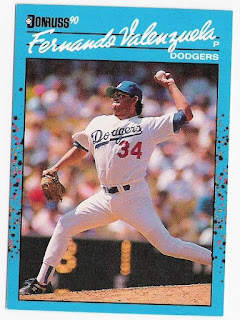 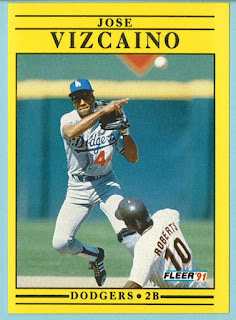 we got our fill of primary colors in the early 90's.

german rivera played a fair amount of third base for the dodgers in 1984, primarily after the dodgers moved pedro guerrero back to the outfield where he belonged.  rivera's 1985 topps card had a 'dodger rookie card' markup at my local card shop even though it was nowhere near as desired by people i knew as were the orel hershiser and sid bream cards. at any rate, that ended once rivera was traded to the astros in the middle of the season.

look at that fernando card again and realize that in two years, donruss went from that terrible design to the design seen on john wetteland's 1992 card. i actually like 1992 donruss. i am not collecting it or anything like that, but it may well be my favorite donruss set behind 1984. others in the running are 1982 (and by default 1983, i guess) and 1981.  they even adopted the score approach to the card back and put a picture on there. they weren't known for showing full career stats on the back anyway, so why not cut down on all that text.

1992 was also the year that topps put photos on the backs of their flagship cards for the first time, but those were photos of stadiums. by the time 1995 rolled around, player photos on the backs were old hat, and as you can see on this 1995 topps rafael bournigal card, topps went with a couple of photos on the back.  i like the photo on the front best, however, as it features the lower rows of one of the dodger stadium pavilions in the background.

ricky horton's 1989 upper deck card also features a dodger stadium background, as does the picture on the back. i prefer the angle of the background on horton's 1989 topps card, 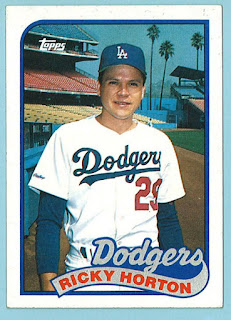 last but definitely not least is ron cey's magnificent 1978 topps card. this was the first ron cey card i ever saw, and i pulled it from a 15-cent pack at a 7-11 one glorious day after school.  i had this card in my collection before i had steve garvey's card, and up until i saw the garv, this was my favorite card.

i don't think there were any other non-target set options at number 625 and 628, but here are a few cards that were considered but not chosen: 1970 topps don sutton 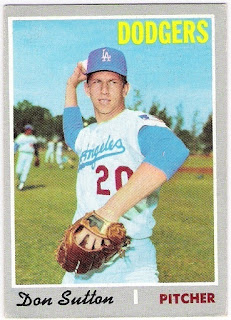 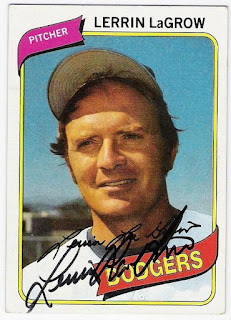 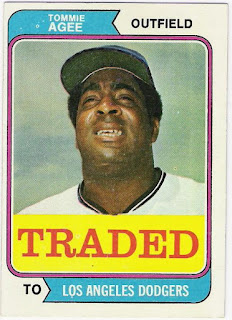 steve garvey was my favorite player, but i had ron cey's sports illustrated poster hanging in my room. i also had his 1978 o-pee-chee card pinned on my wall.  cey and dusty baker once signed a program for me before a game at dodger stadium, and i put that program cover up on my wall, too.  i was a big fan of the penguin.
Posted by gcrl at 9:55 AM