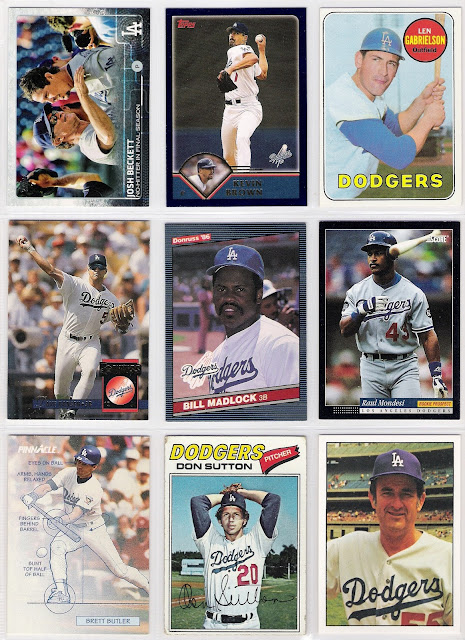 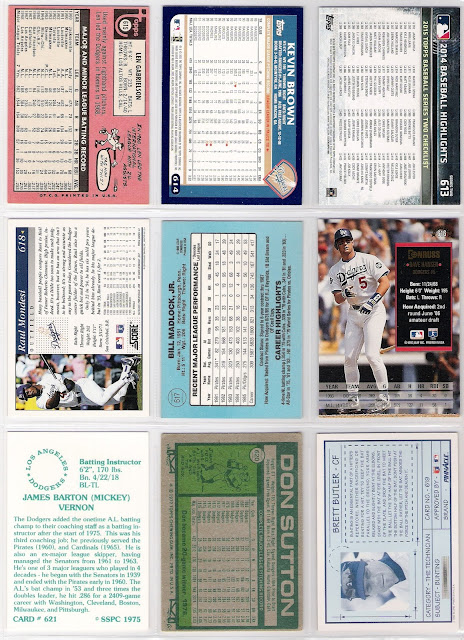 given the lack of manager cards in topps' flagship series, the beckett card featuring don mattingly was an easy choice for the set.

josh beckett's 2015 stadium club card features the better photo, but i still like his flagship series 2 card for the mattingly appearance and for the fact that topps recognized beckett's no-hitter even though it came in his final season and he didn't get a regular final tribute card in the set (this card is a checklist).

the 2003 topps kevin brown card doesn't use the typical side view of a pitcher in their delivery, but the best part about this card (aside from the blue border that made 2003 topps a great set for dodger fans) is the inset photo of brown with a batting helmet on.  i was never kevin brown's biggest fan, but i did watch him warm up in the bullpen a few times, and also saw him throw on the side before a couple of games, and i will not forget the sound of the ball hitting the catchers' mitt. dude threw hard.

len gabrielson brings us the last 1960's card of the set. his 1969 topps card notes that he led the dodgers with 10 home runs in 1968. those 10 homers were a career high for gabrielson, who followed up that performance with just one home run in 1969.

the best thing about bill madlock's 1986 donruss card is pinky tuscadero in the background above the dodger logo. i have no idea who that really is or what they are doing on the field.

1994 score gave us this raul mondesi card with the disgusted bat flip. i am guessing that the umpire who made the bad third strike call is either joe west, angel hernandez, or eric gregg.

the 1992 pinnacle brett butler card is pretty cool in that it dissects the bunt process. i know of a few major leaguers that could use a bunting tutorial, with byron buxton being at the top of the list.

don sutton is not suttoning on his 1977 topps card, but that's ok.  instead, he's striking the go-to full windup, hands behind head pose.

last card is the 1975 sspc mickey vernon card. vernon never played for the dodgers, but he was on walt alston's coaching staff as the team's hitting coach in 1975. vernon had begun his coaching career with the pirates in 1960 (he was their first base coach), but was activated in september of that year as the pirates were headed to a pennant and world series championship - vernon was manny mota before manny mota! 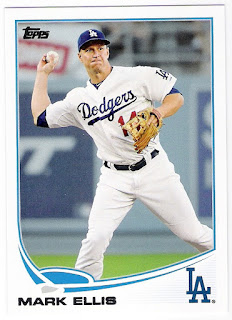 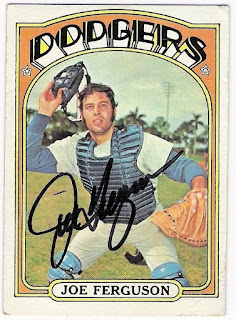 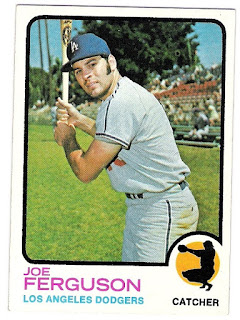 if you've been following along with this blog, you probably know that a coach card is going to beat out most others.  i like the beckett and the butler and the mondesi, but the vernon card is my favorite of the bunch.