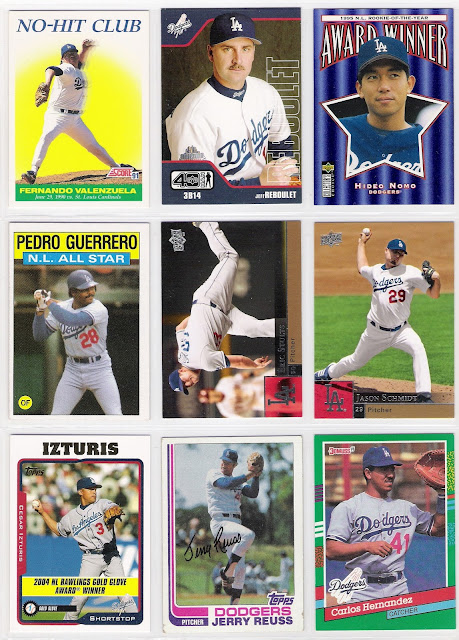 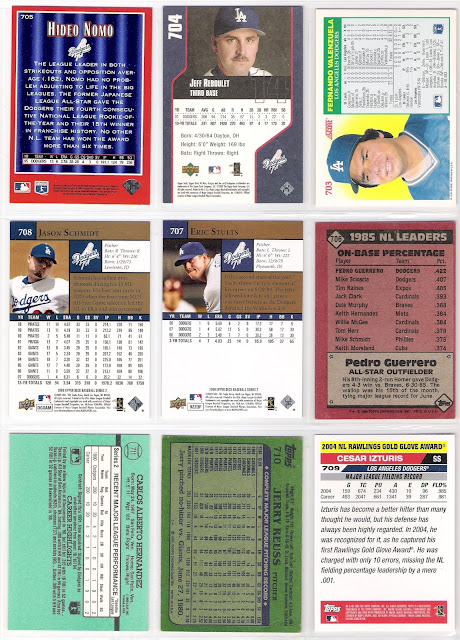 not a one of these qualify for no brainer status.

fernando valenzuela in 1990 was not the fernando of 1981, to be sure, but he threw a no-hitter against the cardinals in late june to earn this 1991 score card commemorating the feat.  johnny vandermeer was safe, however, as fernando allowed 10 hits in both his start before and after the no-no.

jeff reboulet looks serious about his mustache and baseball on his 2002 upper deck 40 man card. reboulet played for the dodgers in 2001 and 2002, and appeared in over half of the team's games in 2001, but aside from 40 man and topps total, he was ignored by the card companies during his dodger tenure.  even with that mustache.

upper deck let us know that hideo nomo was named the national league's rookie of the year in 1995 with this card from their 1996 set.  i've always wondered whether nomo himself considered it to be appropriate that he was eligible for the award. i had (and have) no problem with major league players coming from other countries and winning the roy as they are eligible per the definition of a major league rookie, but the braves fans in '95 were not to keen about the award going to someone who had been playing in a different country's major leagues prior to coming to america.

pedro guerrero was representing the dodgers in the 1986 topps all-star subset.  the back of the card lets us know that he led the league in on-base percentage (he also led in slugging percentage) as part of his fantastic 1985 season.  my only gripe about this card is that it doesn't match the 1986 topps design as closely as the all-star cards from 1985 matched that year's design. 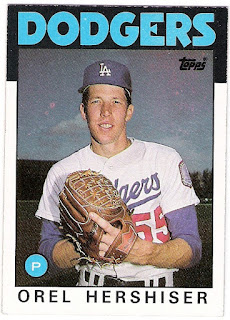 i was looking for the all-star designation to replace the team name up top, with the rest of the card remaining the same. and, without the topps logo on the front, it looks like a pretty generic, broder-esque card.

now comes the time when i give thanks to 2009 upper deck. back-to-back with eric stults and jason schmidt means one or two less 1990 target cards in the set.  this is another spot where i am hoping that this year's heritage high numbers can make a difference.

cesar izturis won a gold glove in 2004, just as topps was making cards to honor the winners of that award.  we've not had cards for silver sluggers before (although the bats have shown up on a card or two), but there were a few years there in the 2000's that we got gold glover cards.  i'm not complaining - in fact, i would have liked this in the mid-1970's when steve garvey won four in a row.

it seems like we've been seeing a lot of jerry reuss lately, and here he is again with his 1982 topps card.  this card's photo is all about spring training with the grassy knoll in the background. 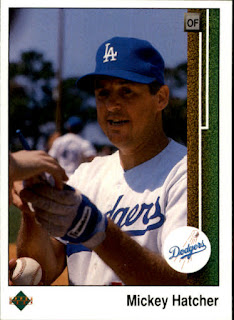 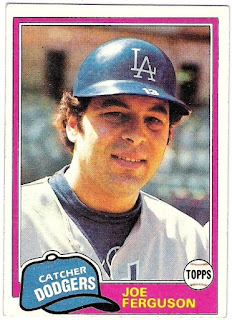 the jeff reboulet stare/mustache combo is tough to beat, but i like the pedro guerrero card the most even though it is really generic and not tied too closely to the 1986 topps set design.

we are very near the end of these posts, and i haven't really acknowledged the fact that i am standing on the shoulders of other bloggers who popularized the frankenset concept long before i started the frankendodger project. the first frankenset i knew of was ben henry's topps flagship frankenset. dayf had both a allen & ginter and a topps heritage frankenset, and night owl has a night card and, i believe, an a&g mini frankenset as well.  $30 a week habit has the serial number insanity set, and nick at dimeboxes has his dimebox frankenset.  jeff at 2x3 heroes and jon at penny sleeve for your thoughts are both going for topps buyback frankensets, which is great. brian at hsca also has a team-centered frankenset (go twinkies), and i am sure there are others.  thanks to all for the inspiration.
Posted by gcrl at 9:55 AM